It has been a successful night for the ABA League teams in EuroCup, as Cedevita and Olimpija Ljubljana have celebrated victories. On the other side, Budućnost VOLI have been defeated by Unicaja on the road in Malaga. 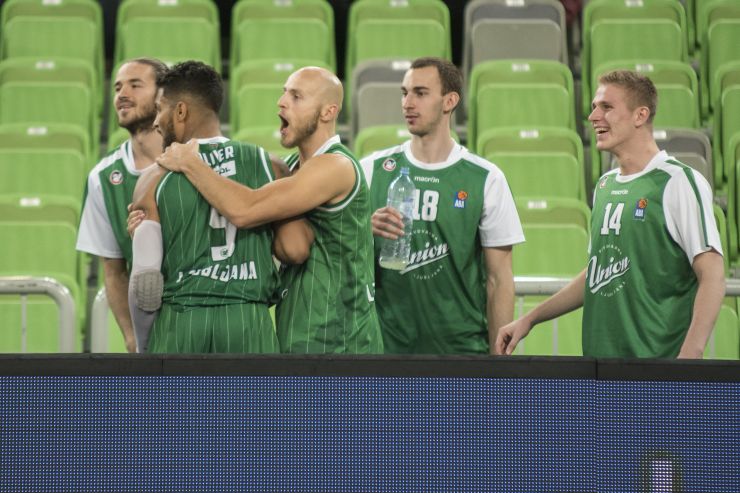 It has been a successful night for the ABA League teams in EuroCup, as Cedevita and Olimpija Ljubljana have celebrated victories. On the other side, Budućnost VOLI have been defeated by Unicaja on the road in Malaga.

Olimpija Ljubljana achieved their first EuroCup win of the season and they did it in the seventh round of the regular season against German side Ratiopharm Ulm at home in Stožice Arena in Ljubljana. The Dragons have taken the victory deservedly, as during the entire game the guests were in front just twice and the highest lead of the team from Ljubljana reached the double digits (73:63) in the 15th minute. In the end the score was 76:72 in favour of Olimpija, for which Mirko Mulalić led the way in scoring with 16 points. Gregor Hrovat added 13.

Cedevita have achieved a huge win on the road in Lithuania, as they have got their revenge over Lietkabelis for the defeat in the 2nd round of the regular season, with their 4th win of the season in EuroCup on the road in Panevežys. The guests have been in front all the way except the few minutes in the opening half and have deservedly achieved a 69:68 win in the end. Marko Tomas was the top scorer of the winning side with 18 points, while Luka Babić added 16.

Budućnost VOLI are still waiting for their first victory at European courts, as they were defeated on the road in Malaga against the home side Unicaja. It has been a completely one-sided encounter where Budućnost VOLI were on top just once, at the very beginning. The final score of the game was 93:75 in favour of Unicaja and J.R. Reynolds was the top scorer of the visitors with 17 points. Sead Šehović followed him with 12.