In Round 18 of the 2018/19 ABA League regular season, Mega Bemax will host Zadar in Sports Hall Pinki. 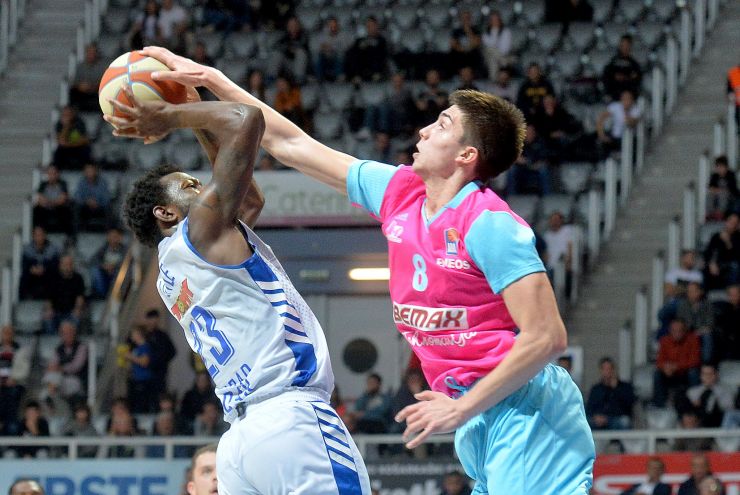 Story of the game: In Round 18 of the 2018/19 ABA League regular season, Mega Bemax will host Zadar in Sports Hall Pinki.

This match is very important for both sides.

Mega Bemax still hope that they might reach the Playoffs. They are currently two wins behind Partizan NIS who hold the 4th place, so the boys from Sremska Mitrovica simply have to win all of their games in the rest of the season… And to hope that Partizan NIS will lose at least 3 times in the remaining 5 rounds.

On the other side, Zadar are doing their best to escape the danger zone. They are currently sharing the bottom of the table together with Krka and Petrol Olimpija, so every win in the remaining 5 rounds would be so valuable to them.

Zadar have defeated Mega Bemax on the road just once in the history of the regional league and that happened in the previous season.

Match-up in focus: Edin Atić has become one of the best players of Mega Bemax lately. In the last 4 games of the regular season Atić averaged almost 20 points, while this time he will have a direct duel against Zadar’s top scorer Luka Božić. We are about to see who will prevail in this clash of small forwards.

Head to head in the regional league: In total 7:4; In Sremska Mitrovica 4:1.

Match: Mega Mozzart - Zadar
Join thousands of ABA League fans in our digital community by liking us on Facebook, following us on Twitter or Instagram and subscribing to our YouTube channel.
If you like this and our other articles, make sure to sign up for the ABA League newsletter. You will be notified regarding all important news and updates on the ABA League via e-mail.
Social Media
Tweets by ABA_League