In the opening game of the ABA League Regular Season Round 11, Mornar will be hosting Mega Bemax in Topolica Sports Hall, Bar. 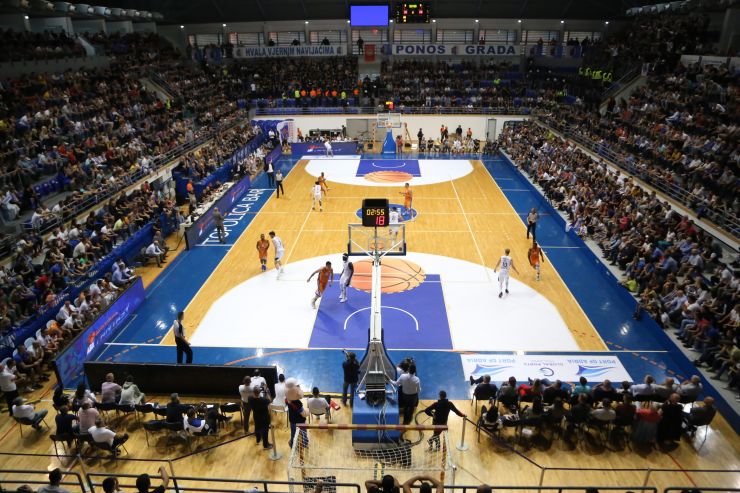 Story of the game: An interesting match is coming up in Bar in the opener of the ABA League Round 11, as Mornar will be hosting Mega Bemax at home in their Topolica Sports Hall in Bar.

The squad of Bar is still in the race for the 2020 ABA League Playoffs, as they hold five victories after 11 rounds played, only one less than the fourth-placed Crvena zvezda mts. On the other side, Mega Bemax are not having their best ABA League season ever so far, as they are only one triumph above the very bottom of the ABA League standings, but that does not mean that their motive would be any smaller than that of Mornar. They desperately need another win again, in order to escape the danger zone at the bottom of the standings and avoid any chance of being relegated.

Match-up in focus: It will be a excellent battle under both rims between experienced Uroš Luković of Mornar and talented Marko Simonović of Mega Bemax. With 5.4 rebounds per game, Luković is currently the top rebounder of Mornar and he is also achieving 8.3 points per game this season in the ABA League. On the other side, Simonović is the top scorer and second best rebounder at Mega Bemax, as he is averaging 13.9 points and 6.4 rebounds per game in the ABA League so far. Who of them will be more efficient this time?

Match: Mornar-Barsko zlato - Mega MozzartMega MozzartMornar-Barsko zlato
Join thousands of ABA League fans in our digital community by liking us on Facebook, following us on Twitter or Instagram and subscribing to our YouTube channel.
If you like this and our other articles, make sure to sign up for the ABA League newsletter. You will be notified regarding all important news and updates on the ABA League via e-mail.
Social Media
Tweets by ABA_League