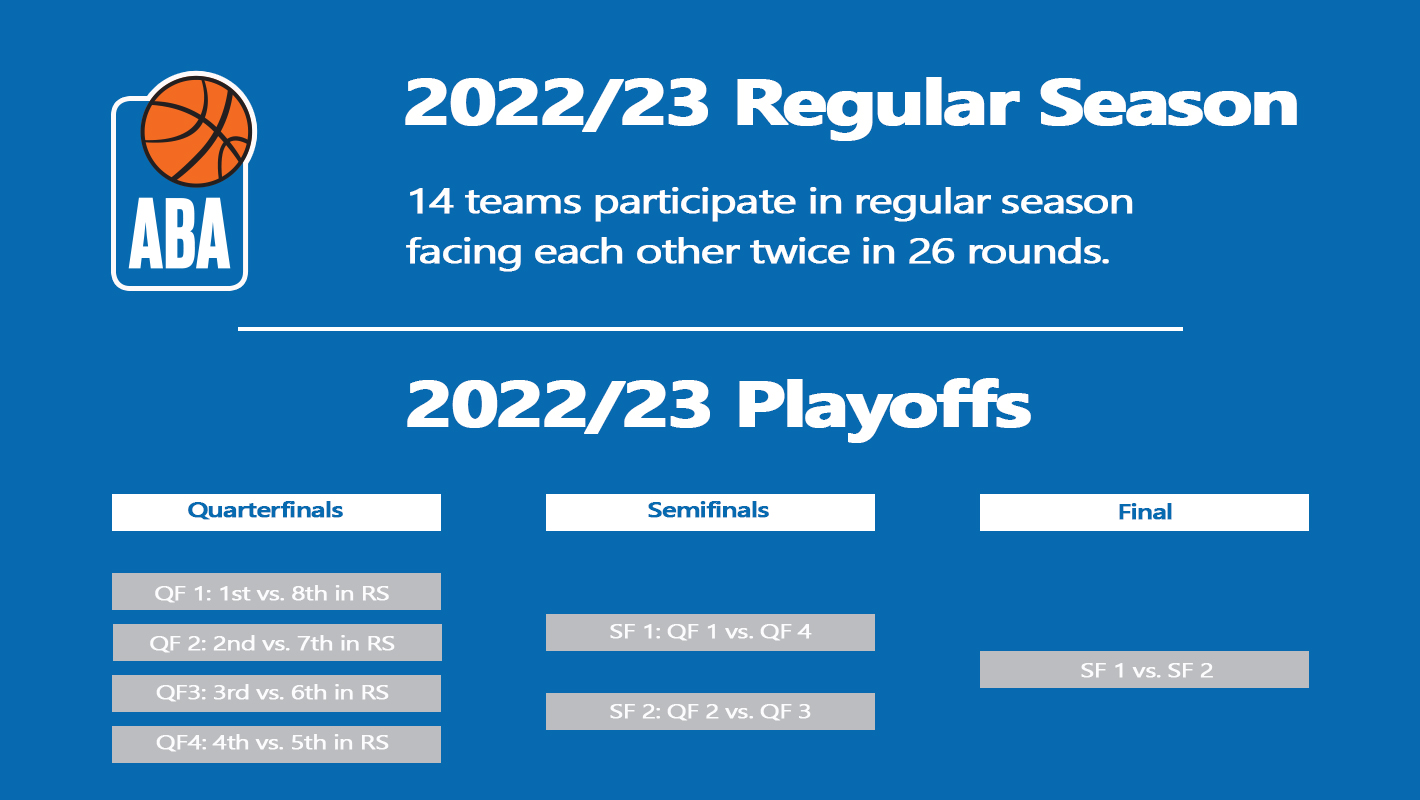 In the regular part of the season, 14 teams are playing. Each team plays against every other team twice, once at home and once away. After 26 rounds, when all teams play against each other, the best placed 8 teams are qualified to the Playoffs.

Winners of each pair advance to the semi-finals, which will also be played in the best of three games format (1-1-1), where the better placed team after regular part of the season will have the home court advantage.

Winners of both semi-final pairs will advance to the finals, which will be played in the best of five games format (2-2-1). The finalist, that is the better placed after regular season, will have the home court advantage.

There will be no games for the third place played.