Igokea scored their first win in the 2020/21 ABA League regular season as they beat Koper Primorska at home court. 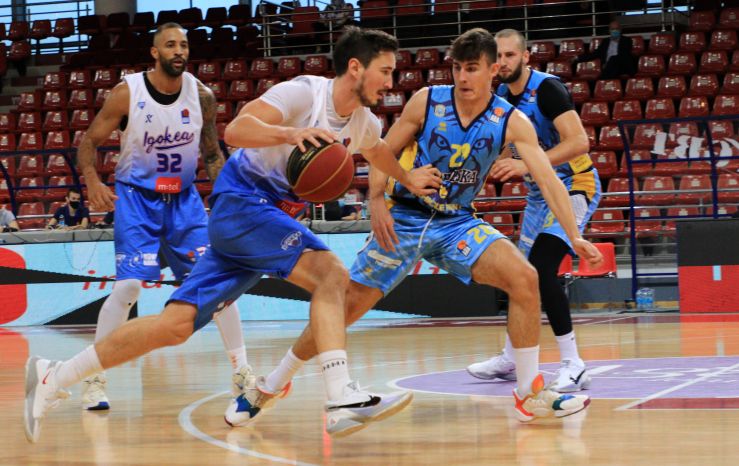 The home team have been in front during the whole game, still they haven’t been able to escape on a double digit lead until the 2nd half. It must be said that Koper Primorska troops played a solid first half in which they managed to keep up with Igokea, however as the visitors played this game with just 8 players they simply ran out of strength in the 2nd half.

Igokea increased the pace after the halftime break and they eventually scored a comfortable win.

Man of the match: This game showed why Stefan Pot was considered as one of the most important signings for Igokea last summer. The 26-year-old guard scored 15 points, had 4 assists and 3 rebounds, while his team was increasing the lead every time he was on the court. Pot’s overall index rating in this match was 22.

Can’t trick the stats: Igokea scored 14 three-pointers this evening, while on the other side Koper Primorska made just 3 shots from behind the arc.