In the previously postponed game of the ABA League Round 18, Budućnost VOLI have prevailed over Cedevita Olimpija at home in Morača Sports Hall. 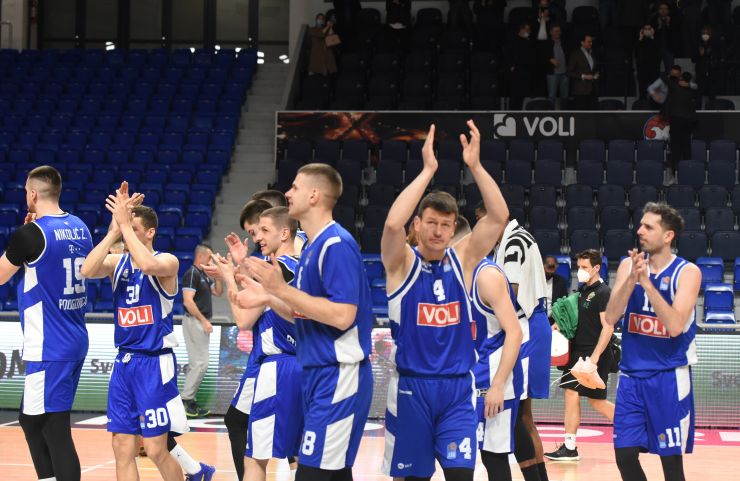 Game recap: In the previously postponed game of the ABA League Round 18, Budućnost VOLI have prevailed over Cedevita Olimpija at home in Morača Sports Hall. This is an extremely important win for the hosts, since they now hold 19 wins in their hands, 3 more than Cedevita Olimpija, while they have also lost 2 games less than the Dragons. This gives them huge advantage in their competitors in the Playoffs race, with 2 rounds (and a couple of postponed games) left in the Regular Season.

Key moments: With 2 minutes and a half remaining in the third quarter, Cedevita Olimpija have still been in front by 3 points (60:63). However, that’s when Justin Cobbs’ 3-pointer started the 18:2 run by Budućnost VOLI, that spanned throughout the following 8 minutes and put Budućnost VOLI in front 78:65 with less than 5 minutes left in the game. The battle for a pair of points was over.

Man of the match: Justin Cobbs has played a fantastic game for Budućnost VOLI, as he led them to the win with 24 points, 5 assists, 2 rebounds and a valuation of 31. He is our man of the match!

Can’t trick the stats: Assists/turnovers ratio was crucial this time, as Budućnost VOLI had 16 assists and 6 turnovers, while Cedevita Olimpija had 11 assists and just as many turnovers. That, alongside poor Cedevita Olimpija’s 3-point shot execution (5/31 or 16%), was what decided the outcome of the clash.

Click here for more match stats
Match: Budućnost VOLI - Mega Soccerbet
Join thousands of ABA League fans in our digital community by liking us on Facebook, following us on Twitter or Instagram and subscribing to our YouTube channel.
If you like this and our other articles, make sure to sign up for the ABA League newsletter. You will be notified regarding all important news and updates on the ABA League via e-mail.
Social Media
Tweets by ABA_League