In the 3rd round of the AdmiralBet ABA League season, Budućnost VOLI have prevailed over Split and grabbed their second win of the season. 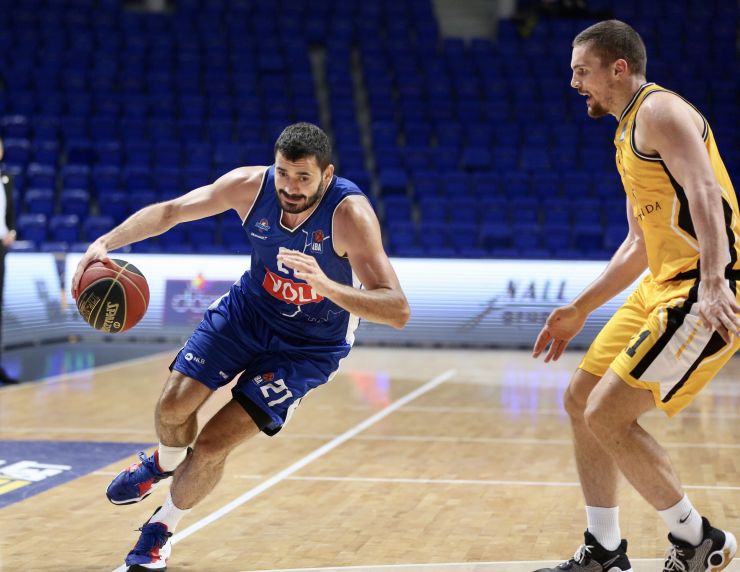 Game recap: In the 3rd round of the AdmiralBet ABA League season, Budućnost VOLI have prevailed over Split and grabbed their second win of the season. Budućnost VOLI have stood up following their second round defeat in Belgrade against Crvena zvezda mts and are on a positive win-loss ratio again with 2 wins and a defeat on their record after 3 games played so far this season. On the other side, Split still have plenty of job to do in order to get in a desired position, as they have been defeated in all three of their appearances. Although, it’s worth mentioning that they have had tough opponents this season so far – facing Crvena zvezda mts, Partizan NIS and Budućnost VOLI at the season opening.

Key moments: Budućnost VOLI have been in front for the majority of the clash, but Split have made it interesting in the final quarter, when they have made it anybody’s game. However, Budućnost VOLI pulled away again in the final minutes. They have gone on a 13:6 run, which was finished at the end of the game, when the score was 75:66. When a minute and a half before the end of the game, Marko Jagodić Kuridža took his team up 73:66 it became clear that a pair of points would stay in Podgorica.

Man of the match: Marko Jagodić Kuridža was the man for Budućnost VOLI this time. Not only has he scored some of the crucial points for the Podgorica side, but he has also led the way in scoring for Budućnost VOLI with 18 points on his record, alongside 8 rebounds, 4 assists, and a game-high valuation of his team of 21.

Click here for more match stats
Match: Budućnost VOLI - Split
Join thousands of ABA League fans in our digital community by liking us on Facebook, following us on Twitter or Instagram and subscribing to our YouTube channel.
If you like this and our other articles, make sure to sign up for the ABA League newsletter. You will be notified regarding all important news and updates on the ABA League via e-mail.
Social Media
Tweets by ABA_League