In the last game on schedule in the 2021/22 AdmiralBet ABA League Regular Season, Budućnost VOLI have grabbed the win on the road in Gripe, by beating Split. 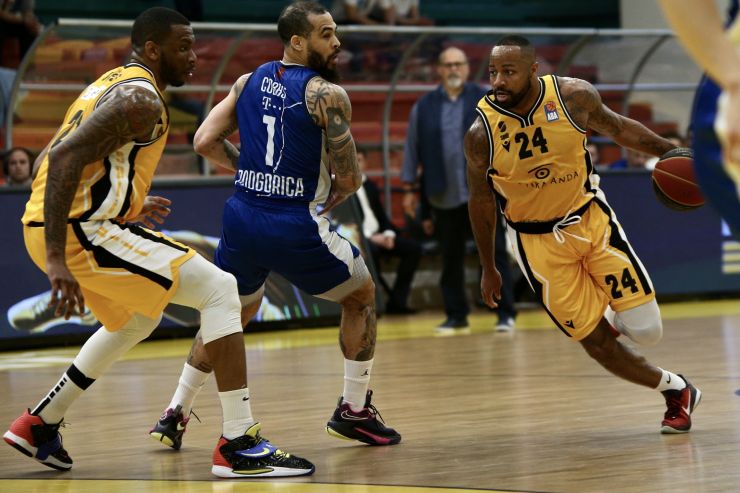 Game recap: In the last game on schedule in the 2021/22 AdmiralBet ABA League Regular Season, Budućnost VOLI have grabbed the win on the road in Gripe, by beating Split. This way, Budućnost VOLI have ended their Regular Season campaign with a 19:7 record, in the third place in the standings. On the other side, Split have finished in 13th place, with a 6:20 record after 26 rounds played.

Key moments: With a bit less than 8 minutes to go in the game, the margin between the two sides was still only 3 points (57:60). However, that’s when 6 minutes long Budućnost VOLI’s 10:2 run started, that took them up in the double-digits (59:70) with a bit more than 2 minutes remaining on the game clock. The battle for the new win was over at this point.

Man of the match: Justin Cobbs appeared as a true floor general this time around, as he led his Budućnost VOLI to the win with 17 points, 5 assists, 1 rebound, 1 steal and a valuation of 20. He is our man of the match!

Can’t trick the stats: Budućnost VOLI have outrebounded Split 37:29 and that’s what turned the flow of the game their way.

Click here for more match stats
Match: Split - Budućnost VOLI
Join thousands of ABA League fans in our digital community by liking us on Facebook, following us on Twitter or Instagram and subscribing to our YouTube channel.
If you like this and our other articles, make sure to sign up for the ABA League newsletter. You will be notified regarding all important news and updates on the ABA League via e-mail.
Social Media
Tweets by ABA_League