We had a thrilling ending of ABA League Round 7, as Olimpija Ljubljana defeated Karpoš Sokoli after overtime! 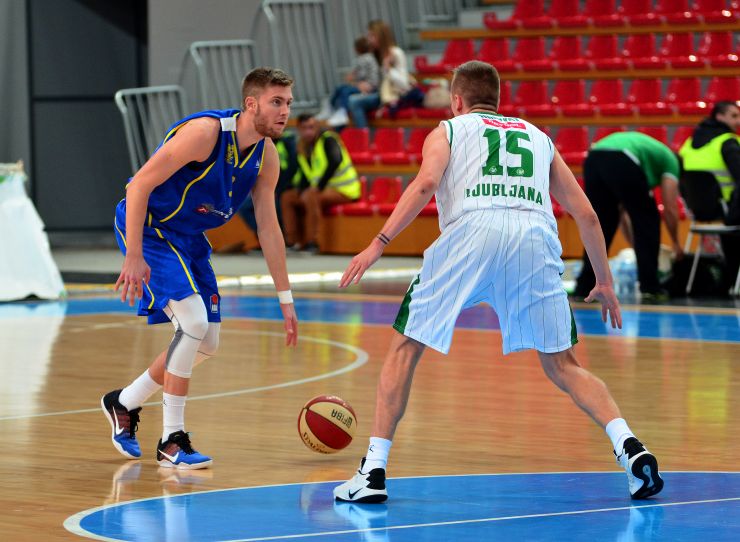 We had a thrilling ending of ABA League Round 7, as Olimpija Ljubljana defeated Karpoš Sokoli after overtime!

Game recap: Looking at the 2016/17 ABA League season, Olimpija Ljubljana lost several games in the final seconds. But, this time, the Dragons managed to win a thrilling clash vs. Karpoš Sokoli, although they needed additional 5 minutes to break the resistance of the hosts. On the other side, Karpoš Sokoli significantly improved their performance in comparison to the previous weeks, however the squad from Skopje will still have to wait for their 1st ever win in ABA League.

Key moments: When Karpoš Sokoli point guard Dominik Mavra tied to score to 73:73, Olimpija Ljubljana had just 5 seconds to score a game-winner. However, the visitors made a quick turnover and Kendrick Parry grabbed the ball, but the American player missed the half-court buzzer-beater and failed to bring the huge win to the home team.

In the overtime, Olimpija Ljubljana were constantly in the lead, they even had +6 at one moment (79:73), while in the final moments Brandon Jefferson was perfect from the free-throw line (6/6) and the Dragons picked up important triumph.

Man of the match: Brandon Jefferson was once again the main man in Olimpija Ljubljana. Despite having a pretty bad shooting night (0/6 for 3pts), the American player forced his opponents to make many fouls on him, so he collected 12 points just from free-throws (12/13).

Can't trick the stats: It was a pure experience of Olimpija Ljubljana players that brought them win tonight. Whenever they were in a tough situation, they managed to get on the free-throw line, so at the end they had 10 more FT attempts that Karpoš Sokoli.