After losing three games in a row, Igokea bounced back on their feet by beating Zadar on the road. Excellent performance of Robert Rikić. 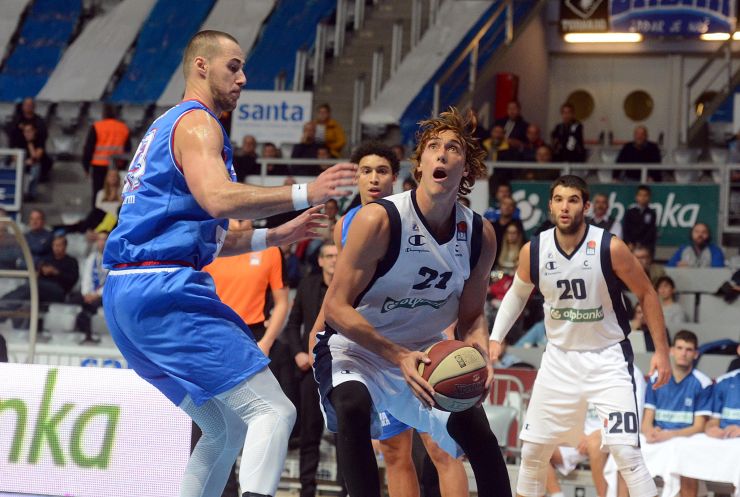 After losing three games in a row, Igokea bounced back on their feet by beating Zadar on the road. Excellent performance of Robert Rikić.

Game recap: A lot of points and plenty of turnarounds marked the opening match of the 8th round in ABA League. Each team dominated per two quarters, while it was Igokea that prevailed at the end thanks to their excellent performance in the final 10 minutes. The visitors scored 29 points in that period and made the crucial run toward victory.

Key moments: The decisive moment of this match happened just at the beginning of the 4th quarter at the score 65:61 for the home team. Zadar point guard Jakov Vladović made a foul on Danilo Šibalić, while he was pulling up for a long-range 2pts shot. Vladović could not accept that call, so he started arguing with the refs and received a technical foul... It was his 5th foul on the match and Zadar stayed without their leader... At the same time, Šibalić scored all 3 free-throws, while then Strahinja Mićović completed a 2+1 play and Igokea took the lead - 67:65. The visitors have stayed in front until the end of the game.

Man of the match: Robert Rikić played his best game so far in the 2016/17 season. Igokea big man had 17 points and 4 rebounds.

Can't trick the stats: Zadar missed too many free throws this evening. They had 28 attempts from the line and made only 18 shots.