After overpowering Partizan NIS on the road in Belgrade last round, Budućnost VOLI won another big derby – against Cibona at home in Morača and keep the perfect record after 8 rounds behind them! 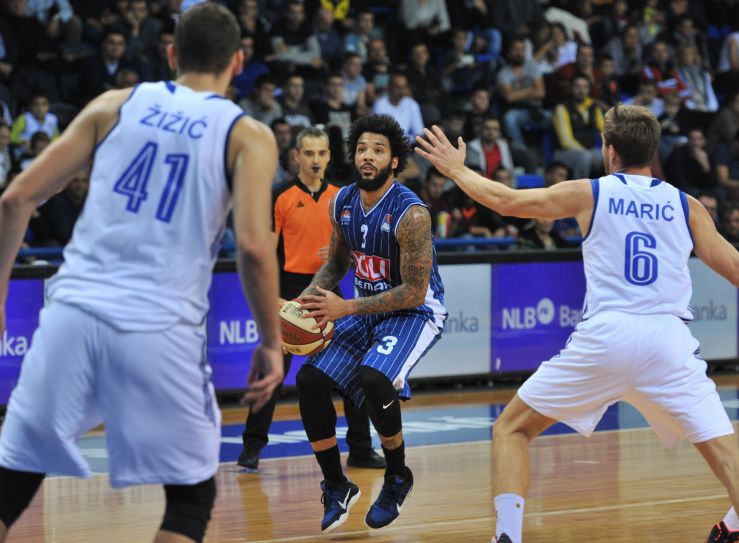 After overpowering Partizan NIS on the road in Belgrade last round, Budućnost VOLI won another big derby – against Cibona at home in Morača and keep the perfect record after 8 rounds behind them!

Game recap: Budućnost VOLI remain perfect record after winning another big game – after edging out Partizan NIS on the road in Belgrade in the previous round. This time their victim were the team of Cibona. The game was decided no earlier than in the fourth quarter, when Cibona got left without their starting center Ante Žižić who was fouled out. This win keeps Budućnost VOLI atop of the standings with 16 points out of 8 games, while Cibona now have 2 defeats, but their position remains strong in the battle for a Playoffs spot.

Nemanja Gordić returned to court for Budućnost VOLI after being sidelined for a long time with an injury. He spent 9 minutes in the game and had 3 assists alongside one point.

Key moments: The game definitely went Budućnost VOLI’s way 6 minutes before the end, when at the score 77:77 Cibona’s key player Ante Žižić got fouled out. Budućnost VOLI went on a 18:2 run in the next six minutes and won the game convincingly.

Man of the match: In the game’s preview we have pointed out the match-up of Shawn James and Ante Žižić and indicated that the winner of this clash could contribute hugely to the outcome of the game and so it was. Shawn James put on a monstrous performance in which he achieved 29 points, 12 rebounds, 3 blocks, 2 assists and just as many steals, which sums up for the valuation of 39! Also, he had a huge contribution in fouling out Ante Žižić, which directly affected the outcome of the game. He is our man of the match!

Can't trick the stats: In many statistical categories Cibona were even with Budućnost VOLI this time, but what was just too much was the number of their turnovers (21 compared to 15 of the home side). This is what made the huge difference between the two sides.