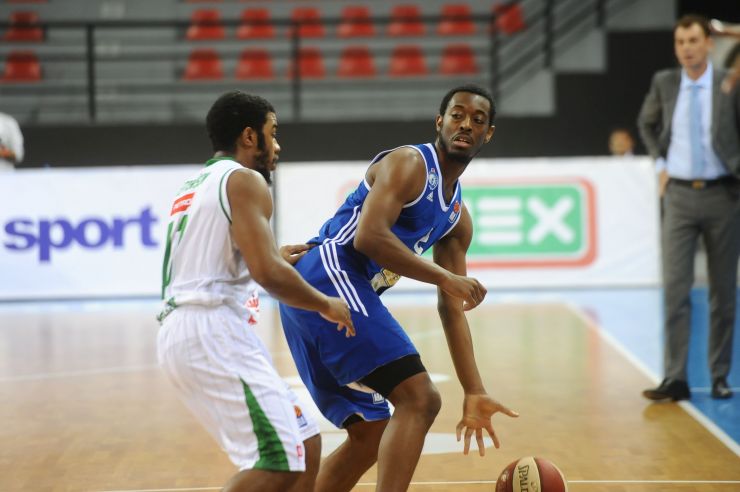 Game recap: Well, this was something we haven't seen for a while. Not even on ABA League courts. MZT Skopje Aerodrom performed one of the craziest comebacks in the 2016/17 season, counting all basketball competitions, as they returned from a 15-point deficit in just 6 minutes! The hosts were losing against Union Olimpija by 77:92, but they let their rivals score just 4 points in the remaining time! On the other side, MZT were reducing the deficit every minute, while they finally went in front in the final seconds and won the match!

Key moments: Eventually, the game-winning shot came from a free-throw line. Adam Mekić made a defensive rebound at the score 96:96, while then he got fouled on 30 seconds before the end. MZT Skopje Aerodrom guard scored the first free-throw to put his team in front 97:96, while then he missed the 2nd one...

Now take a look at this - MZT players made an offensive rebound, passed the ball back to Mekić who made a turnover and gave the ball directly into the hands of Union Olimpija players! The visitors had the final chance to win this match, but Brandon Jefferson missed a 3pts shot.

Man of the match: Two players of the home team deserved to share this award today. Daniel Clark was the top scorer of MZT Skopje Aerodrom with 22 points, while Josh Scott added 18 points and 11 rebounds.

Can't trick the stats: When you score just 4 points in the last 6 minutes and when you manage to lose 15-point lead in that period, then there is no point in looking at the full stats. Olimpija Ljubljana will just have to make a detail analysis of the last quarter to find out the explanation for this defeat.