Cedevita demonstrated their true strength in the second half of the game against Mornar, crushed the opponents and won their fifth game of the season convincingly. Mornar remain with 2 wins on their account. 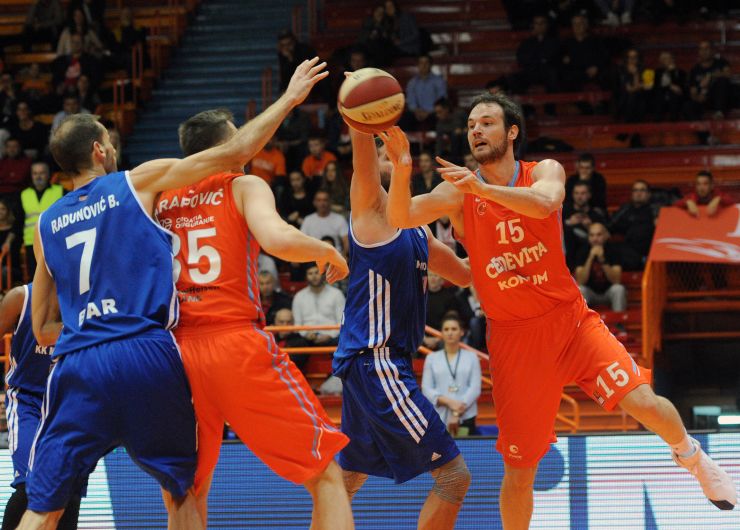 Cedevita demonstrated their true strength in the second half of the game against Mornar, crushed the opponents and won their fifth game of the season convincingly. Mornar remain with 2 wins on their account.

Game recap: Cedevita cruised to victory, one might think when looking at the final score, but it is far from the truth, as Mornar started the game in an excellent fashion and even led by 6 points at the first break, when 10 minutes of the game were over. However, in the second half, Cedevita demonstrated all of their abilities and completely outplayed their opponents. This is the fifth win for the Zagreb side this season, while Mornar stay with 2 on their account after 8 rounds played.

Key moments: The teams have shown completely different faces in two half times, but perhaps the decisive period were the opening 3 minutes of the second half, when Cedevita made an 8:0 run to take a 53:45 lead. Everything else was history…

Man of the match: Big man Karlo Žganec was the one to shine bright for Cedevita this time, having achieved a double double (13 points and 12 rebounds), while adding 3 assists and a steal to his stats. His total game valuation was 30, but perhaps even more important thing is that during the 20 mintues, that he spent on court, his team went up by 29 points! He is our man of the match!

Can't trick the stats: Cedevita demonstrated clearly what a true teamwork means. They put together 27 assists on the night. Mornar weren't bad in this point of view, since they had 15, but it simply wasn't enough to match the impressive hosts this time.