Mega Leks defeated Igokea and scored their 1st away win in the 2016/17 ABA League season. Ognjen Jaramaz made 2 crucial three-pointers in the final moments. 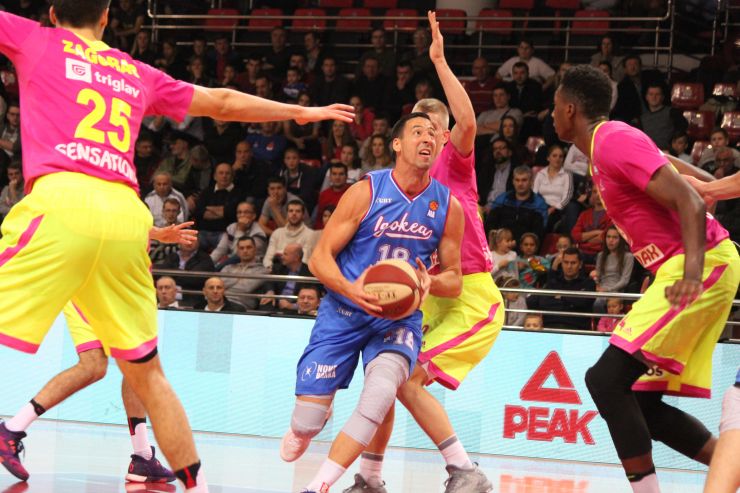 Mega Leks defeated Igokea and scored their 1st away win in the 2016/17 ABA League season. Ognjen Jaramaz made 2 crucial three-pointers in the final moments.

Story of the game: Mega Leks players and their coaching staff can say - Finally! After so many defeats in thrilling endings in this season, the boys from Sremska Mitrovica have finally scored a win in some close match. And it was a well-deserved win, as Mega Leks have been in front almost during the entire game against Igokea. The visitors even had a double-digit lead in the 1st half, while at the end they had to work really hard to stay in front in the final moments.

Key moments: Without any doubt, those were 2 three-pointers made by Ognjen Jaramaz. He scored the 1st one on 2 minutes before the end and put Mega Leks in front by 62:59, while one minute later Jaramaz made the 2nd three-pointer for 65:61.

Man of the match: Rade Zagorac had the highest index rating (18) in the winning team. The captain of Mega Leks finished the match with 18 points, 10 rebounds and 3 assists.

Can't trick the stats: Three-pointers made difference in today's match. And not just those two made by Ognjen Jaramaz. Mega Leks made 11 shots from downtown, while Igokea scored only 4.