Crvena zvezda mts kept the perfect score in ABA League after another dominant performance. The reigning champions were simply too good for Cibona. 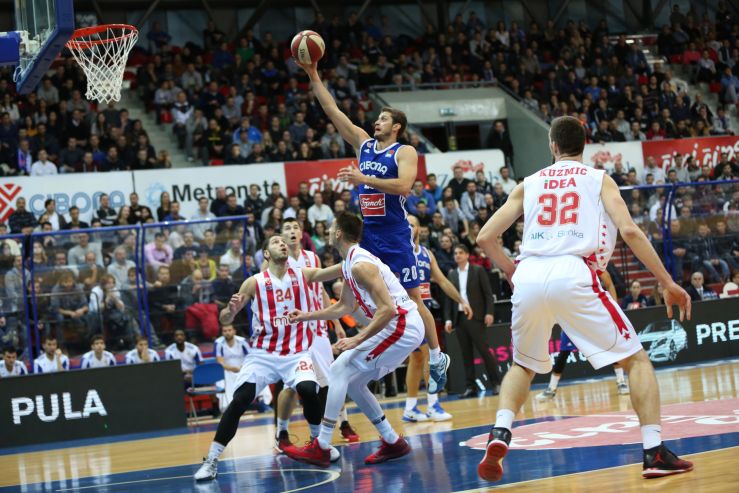 Crvena zvezda mts kept the perfect score in ABA League after another dominant performance. The reigning champions were simply too good for Cibona.

Game recap: It was the match of the round, but Crvena zvezda mts just left no space for Cibona to even think of a win in this clash. The red & white crew dominated the game during all 40 minutes, while they managed to break their rivals already in the 1st half. It is enough to write that Crvena zvezda mts were in front by 53:33 at the halftime.

Key moments: It was the 2nd quarter which gave the answer on the question who will win in this match.  Crvena zvezda mts won that period by 30:15, escaped to +20 lead and cruched all hopes of Cibona that they can make something big this Sunday evening.

Man of the match: The beauty of Crvena zvezda mts gameplan lies in their team play. Just take a look at the scoresheet - Bjelica, Wolters and Jović scored 14 points each, Kuzmić added 13, while Jenkins finished the match with 10 points. At the end, Stefan Jović had the highest index rating, so let him be the MVP of this game.

Can't trick the stats: While Cibona had 5 steals this evening, Crvena zvezda mts had 17! We were telling you about their defense...