Olimpija Ljubljana came back from 16 points of deficit and won the match against FMP after overtime. Nikola Janković had index rating 29. 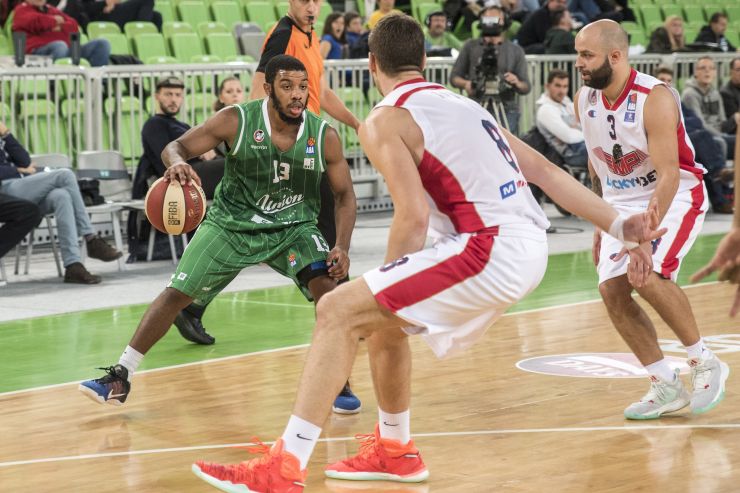 Olimpija Ljubljana came back from 16 points of deficit and won the match against FMP after overtime. Nikola Janković had index rating 29.

Game recap: The day has come for Olimpija Ljubljana to win one close game. After facing so many defeats by just a one single point, the Dragons managed to beat FMP at home court... And they did it in style. After being down by 16 points in the first half - 33:49! Olimpija Ljubljana were slowly melting the margin, until they finally tied the score at 79:79 and took this game into overtime. In the additional five minutes, the hosts had more concentration and picked up important triuph.

The 1st one at the end of the 40th minute, when FMP had a chance to score a game-winner, but Marko Ljubičić could not make a long-range jumper from a difficult position.

The 2nd one happened right at the beginning of the last minute in overtime. Olimpija Ljubljana were up by 84:83 when Nikola Janković made a steal on Marko Ljubičić, while just couple of moments later Janković scored a two-pointer for Olimpija Ljubljana for 86:83.

Man of the match: Nikola Janković is playing in incredible form. He finished this match with 26 points and 5 rebounds, while his overall index rating was 29.

Can't trick the stats: FMP had a lot of problems to score three-pointers (5/23), so at the end of the day they can only blame themselves for losing 16-point lead.