Zadar are celebrating their fourth win of the season, after they have defeated Mornar on the road in Topolica Sports Hall, Bar. 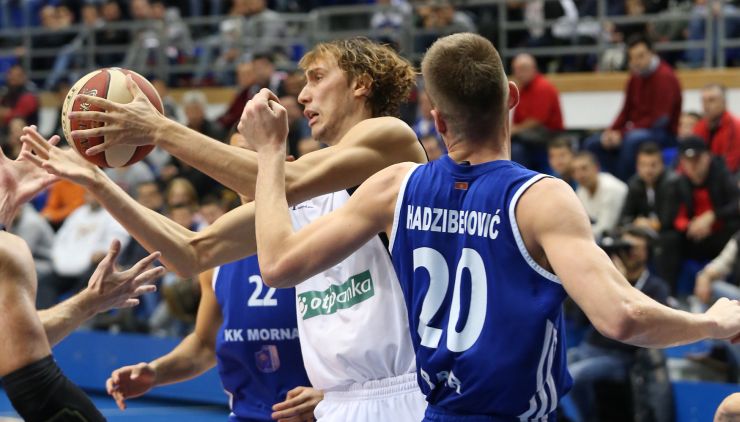 Zadar are celebrating their fourth win of the season, after they have defeated Mornar on the road in Topolica Sports Hall, Bar.

Story of the game: Zadar have made things clear from the very beginning of the game in Topolica Sports Hall, as they have created themselves a double digit lead in the opening quarter, which lasted until the end. By beating Mornar in the Adriatic derby, on the road in Bar, Dalmatians took themselves the right to celebrate their fourth win of the season. On the other side, the Montenegrin side continue to chase their third.

Key moments: The guests solved many dilemmas in the opening quarter, as they have scored no less than 34 points in the opening 10 minutes of the game and pulled away from Mornar to an 11-point lead (34:23). The hosts tried their best, but did not manage to turn the game around in their favour until the end.

Man of the match: With his all-around shiny performance Boris Barać of Zadar has led his team towards a win in Topolica. He finished the game with 27 points, 9 rebounds, 5 assists, and a steal – and overall valuation of 40! He is our man of the match!

Can't trick the stats: Teamwork is what made the difference this time in Bar. While the winning side had 22 assists, Mornar had only 15. This was the major difference between the two sides and it has definitely influenced the outcome of the game this time.