MZT Skopje Aerodrom defeated FMP in the opening game of the ABA League Round 10. The home team scored 14 three-pointers in today's match! 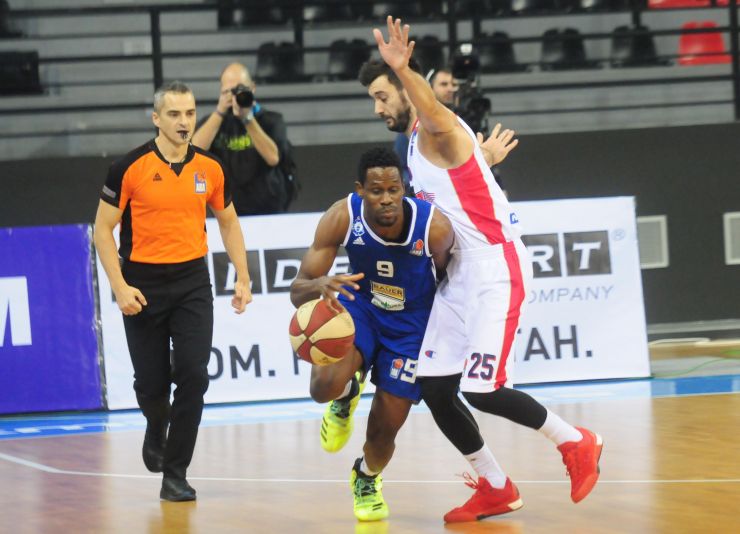 MZT Skopje Aerodrom defeated FMP in the opening game of the ABA League Round 10. The home team scored 14 three-pointers in today's match!

Game recap: This time there was no that usual drama when ABA League games are concerned. MZT Skopje Aerodrom simply dominated the match against FMP and scored a well-deserved win. The things that made difference this evening were 3pts shots. While the home side had a great shooting night (14/26 from downtown), the visitors had a lot of problems to make their 3pts shots (3/15).

Key moments: Everything was practically over already in the 1st half. MZT Skopje Aerodrom made 8  out of their 14 three-pointers in the opening 20 minutes and escaped to 49:32. The hosts were too good in this match to drop that lead.

Man of the match: Djordje Drenovac was simply outstanding . He scored 24 points and showed that he has finally fully recovered from injury.

Can't trick the stats: We have already mentioned it several times in this game report. MZT Skopje Aerodrom had a much better shooting night than FMP.