The fans in Pinki Sports Hall in Sremska Mitrovica witnessed a truly great game between Mega Leks and Mornar with tons of attractive plays. In the end Mega Leks took the victory. 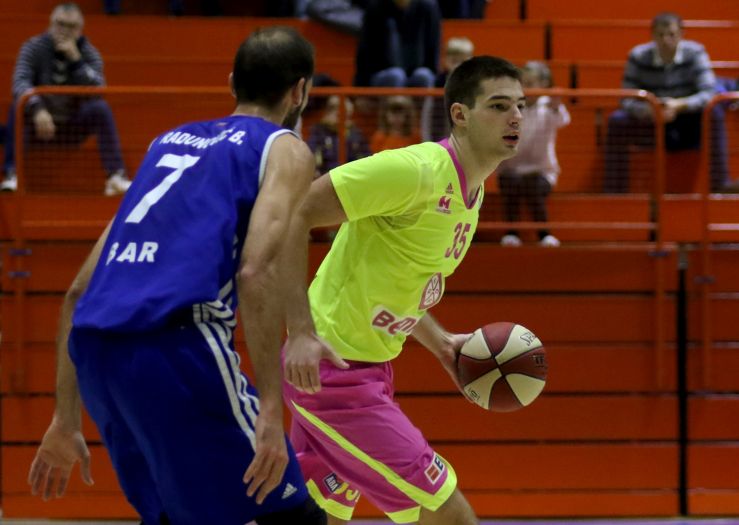 The fans in Pinki Sports Hall in Sremska Mitrovica witnessed a truly great game between Mega Leks and Mornar with tons of attractive plays. In the end the points counter stopped at 180 and Mega Leks took the victory.

Game recap: In a truly exciting battle, which everyone for sure enjoyed watching, Mega Leks were the ones to came out on top over Mornar thanks to their late-game pace increase. It has been a game, full of beautiful plays, where the score counter stopped no earlier than at 180 points. This is the fourth win of the season for Mega Leks, while Mornar remain with two on their account.

Key moments: Yes, Mega Leks led for the majority of the game, but in the 33rd minute, the teams were tied at the score of 70:70. However, that’s when a “Mega period” for the home side has dawn and over the next two minutes they pulled away with a 13:1 run to a 83:71 lead. With 5 minutes left in the game, the chances of a comeback of a visiting team looked truly small. And as it turned out, they did not have enough strength to turn it around.

Man of the match: Rade Zagorac exploded for the 10th round game against Mornar in order to lead his team towards the fourth win of the season. In 29 minutes on court during the game, he had 22 points, 8 rebounds, 2 assists and a steal. His game valuation was 25m while his team have created themselves 6 points of advantage while he was on court. He is deservedly our man of the match!

Can't trick the stats: Mornar were actually a better of the two opponents in some of the most important statistical categories, but one thing where Mega Leks were dominant was the rebounding – they had 33 rebounds in comparison to 25 of Mornar and this is what led them to a victory this time around.