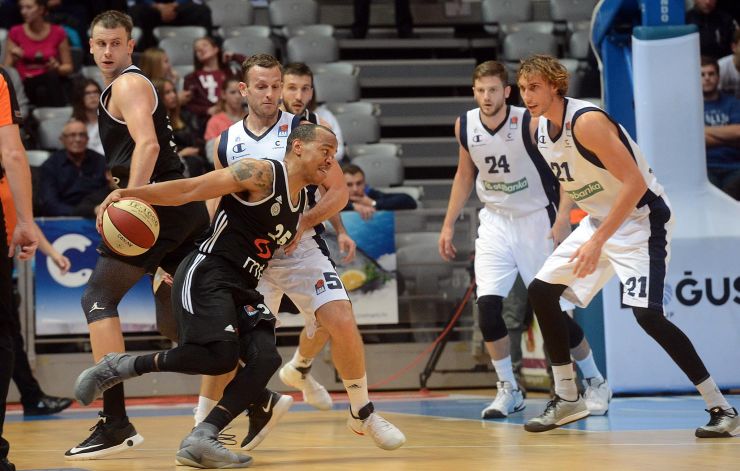 Game recap: More than 7,000 Zadar fans came to Krešimir Ćosić Arena this Saturday evening in order to help their team in the match against Partizan NIS, however the visitors from Belgrade came out on top after a tough battle. At the end, It was Uroš Luković and Partizan NIS defense that made difference , so the black & white crew managed to get back on the winning path and they made big step forward in the Playoffs race.

Key moments: The crucial moment happened on three-and-a-half minutes before the end, at the score 67:67. Uroš Luković received the ball close to the basket, he had three defenders on his back, but Partizan NIS center managed to complete 2+1 play for 70:67. It is also important to mention that Zadar made just 2 points from that moment until the end of the match...

Man of the match: This title belongs to Uroš Luković. Not just that he made that 2+1 play, but he finished the match with 14 points and 8 rebounds.

Can't trick the stats: Three-pointers. You do not see often that the visiting team make more 3pts shots than the hosts, but this evening Partizan NIS made 11 buckets from downtown, while Zadar scored only 5.