Igokea have grabbed an important win on the road in Novo mesto in the battle with Krka and have now tied themselves in the standings with the home team in the number of wins achieved this season. 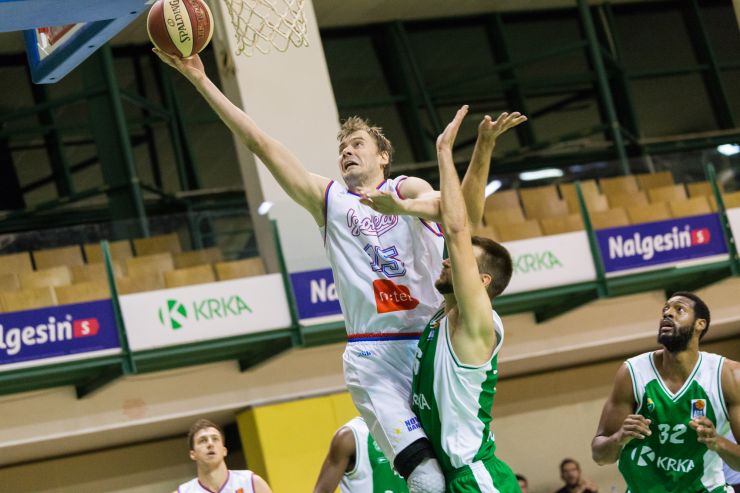 Igokea have grabbed an important win on the road in Novo mesto in the battle with Krka and have now tied themselves in the standings with the home team in the number of wins achieved this season.

Game recap: Igokea are continuing to play strongly this season in the ABA League, as they have grabbed their fifth win of the season on the road in Novo mesto against Krka and have tied themselves with the home side in the standings in the number of victories made so far this season. The guests did the majority of their job between the 10th and 30th minute and in brought the game to an end with an advantage in their hands calmly.

Key moments: The key to Igokea's win were the second and third quarters, when the guests have created themselves 21 points of advantage, combining the both quarters. They entered the last period with the surplus of 19 points and there was no hope left for the home side.

Man of the match: It has been an amazing night not only for Igokea, but also for big man Draško Albijanić, who ended the clash with a game-high valuation of 30! He had 16 points, 7 rebounds, 3 assists and 2 steals in only 23 minutes spent on court and has earned himself a man of the match honour.

Can't trick the stats: Igokea have proven how important it is to value your ball possession during the game – they had only 8 turnovers, while Krka had 17 and this is the thing that turned the game into their favour.