Igokea have won the third out of their four games in November, against MZT Skopje Aerodrom at home in Aleksandrovac. Even the new tactician at the bench of the Skopje side Ante Nazor could not prevent a new defeat by the team from Jane Sandanski. 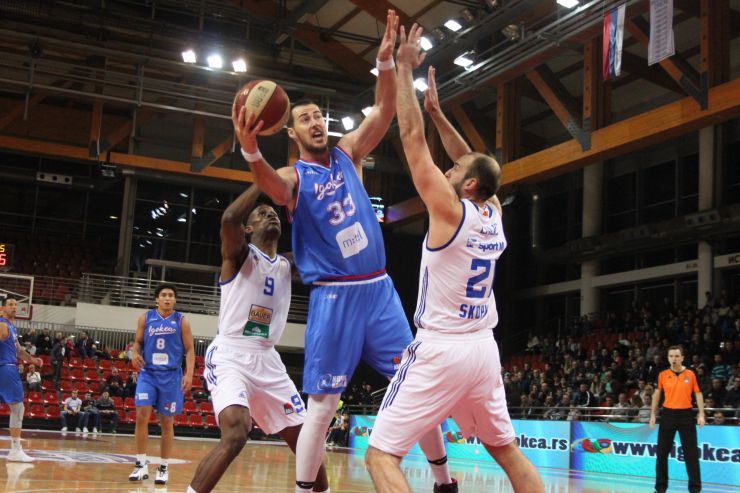 Igokea have won the third out of their four games in November, against MZT Skopje Aerodrom at home in Aleksandrovac. Even the new tactician at the bench of the Skopje side Ante Nazor could not prevent a new defeat by the team from Jane Sandanski.

Game recap: Igokea are celebrating their third win in last four games (6th of the season), all of them in the month of November, after the successful encounter of Dragan Bajić’s squad against MZT Skopje Aerodrom. Ante Nazor made his debut at the bench of the guests and he did not succeed in making a miracle and leading his team out of the crisis immediately. Therefore, MZT remain with 3 victories on their account and continue waiting for better times.

Key moments: During the 34th minute, the score was still tied at the score of 57:57, but then James Arthur Robinson happened. He first made a 3-point play and then on the next possession assisted nicely Blaž Mahkovic through entire court, which gave Igokea a 5-point lead in the same, 34th minute. Igokea did not manage to pull off to a greater advantage, but as it turned out later, this margin was enough for them to use their routine and calmly snatch a new pair of points, since the guests did not manage to threaten their advantage until the end.

Man of the match: James Arthur Robinson III. was not only the guy, who dragged his team forward, when it was needed the most, he did it throughout the game. He ended the encounter with 17 points, 7 assists, 5 rebounds and 3 steals. He had valuation of 25, the highest of the game and is our man of the match!

Can't trick the stats: It turned out that shooting percentage was the thing that pushed Igokea over MZT Skopje Aerodrom this time, as team had very similar statistics in every single category, except this one and Igokea was the more successful of the two teams in from every range. From free throws they had a percentage of 94, while MZT had 84, while they were shooting 51% from the field and MZT 40%.