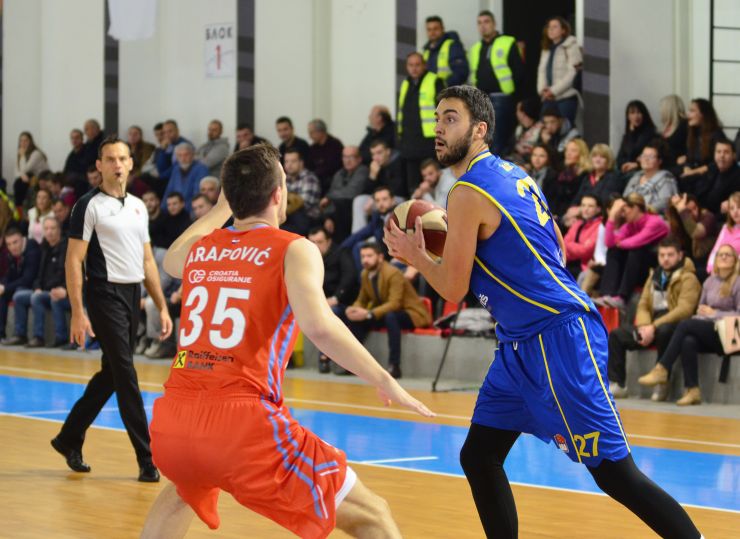 Game recap: They have done it again! After defeating Budućnost VOLI at home, Karpoš Sokoli made another major upset as they overpowered Cedevita, also in Skopje. The home side really deserved this win, as they were holding the lead throughout the whole match, while at one moment they were up ahead by 17 points! Still, Cedevita managed to reduce the margin to just 2 points in the 4th quarter, thanks to fantastic performance of Ryan Boatright who made 5 three-pointers at his debut, but Karpoš Sokoli remained focused in the final moments and managed to stay in front in a thrilling finish.

Key moments: As we have previously mentioned, Cedevita reduced the margin to just 2 points - 77:75, with just over a minute left on the clock. But, then Karpoš Sokoli made the crucial 6:0 run. Darko Sokolov firstly made a three-pointer for 80:75, then Zoran Vrkić made a steal, passed the ball to Dragan Zeković who completed a 2+1 play - 83:75.

Man of the match: Zoran Vrkić was close to achieve triple-double this Saturday evening. He scored 19 points, had 8 rebounds and 6 assists! His overall index rating was 29.

Can't trick the stats: Cedevita had a lot of problems to score 2-pointers in this match. The made only 9 two-pointers for the entire game!