Monday night basketball brings us the match between the reigning vice champions and the reigning champions of ABA League. It's Mega Leks vs. Crvena zvezda mts. 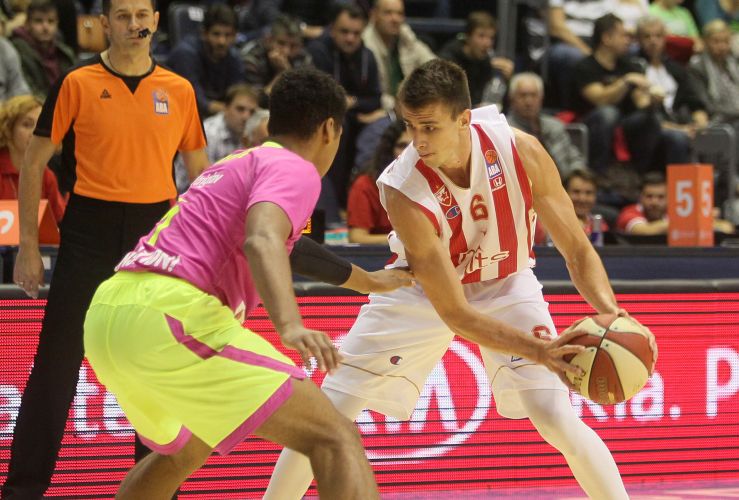 Monday night basketball brings us the match between the reigning vice champions and the reigning champions of ABA League. It's Mega Leks vs. Crvena zvezda mts.

Story of the game: Unfortunately for Mega Leks, this season is not even close successful for them as the previous one. The boys from Sremska Mitrovica are currently among the teams who have the overall score 5-11 and they are placed at bottom part of the standings. Mega Leks suffered 4 defeats in the last 5 rounds of the regional competition, so they really need some big win to bounce back on their feet. Can they achieve it against the reigning champions?

Well, it will definitely be extremely difficult, as Crvena zvezda mts are the only undefeated team in the league so far! The red & white crew have 16 wins out of 16 rounds and they are not planning to stop. Now they return to the place where they were crowned in the last season with a clear goal to extend their winning streak.

Match-up in focus: Rade Zagorac (Mega Leks) and Marko Gudurić (Crvena zvezda mts) are some of the most talented players in the league. They are both excellent scorers, so we are about to see who will make more points on Monday evening.