Match of the round: Zvezda for 6th consecutive win, Cedevita remember 2016

Not just that Crvena zvezda mts have 5 consecutive wins in the 2018/19 ABA League regular season, but the red & whites also have 5 straight home wins against Cedevita. 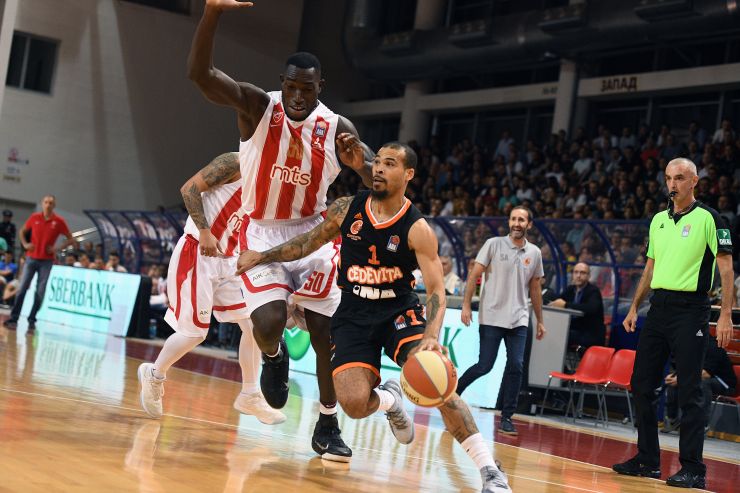 Story of the game: The derby match of Round 6 will be played in Belgrade where Crvena zvezda mts will host Cedevita.

The red & whites will be looking to extend their amazing winning streak in the 2018/19 ABA League season, as they are still undefeated in the championship, but they will also try to improve their pretty impressive home record against Cedevita.

Crvena zvezda mts have defeated Cedevita in their last 5 encounters in Belgrade, while the overall score at this court is 12:2 for the home side. The last time the orange troops left Belgrade as the victors was in January 2016. Almost 3 years ago…

Still, Cedevita are now coming to Aleksandar Nikolić Hall in high spirits, as they triumphed against Budućnost VOLI in the derby match of the last round. And they will try to use the moment to defeat another big rival.

Crvena zvezda mts and Cedevita have already met once in this season. They faced each other in the semi-finals of the 2018 ABA Super Cup and the Belgrade side triumphed in that match by 79:68.

Match-up in focus: Crvena zvezda mts point guard Joe Ragland has been impressive since the start of the season. He turned out to be a true leader of this team and a player who is not afraid to take the key shots in crucial moments. On the other side, Justin Cobbs was far the best player of Cedevita in the last round and he was the one who started that incredible comeback against Budućnost VOLI. They play at the same position, so expect a very interesting duel.