Zvezda keep the perfect score by beating Cedevita in Belgrade

The red & whites are now the only undefeated team in the 2018/19 ABA League regular season. 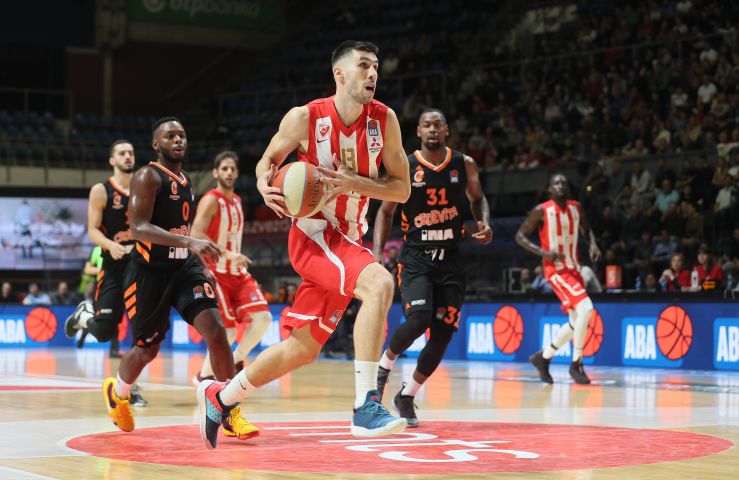 Game recap: Round 6 is not over yet, but we already know who will sit at the top of the standings at the end of the weekend. It will be Crvena zvezda mts who defeated Cedevita this Saturday evening and therefore remained the only undefeated team in the 2018/19 ABA League regular season.

The home side has once again showed a great team work, as all 12 players got on the score sheet in this match.

Key moments: Zvezda have finished the job already until the halftime. The home team were in front by 16 at the big break – 50:34, while they had no troubles keeping the lead in the rest of the match.

Man of the match: Ognjen Dobrić was the top scorer in the winning side, but the player with the highest valuation today was Zvezda's point guard Filip Čović. He was very good in organizing the offensive plays of his team and this was perhaps his best performance so far in the season.

Can’t trick the stats: We have already written about that team work showed by the home team… Well check this out – Zvezda had 22 assists in this match, 10 more than Cedevita.