We have the MVP of the 10th round of the season and it is Partizan NIS shooting guard Vanja Marinković. Marinković dominated the court in Laktaši Sports Hall in the game of his team against Igokea. 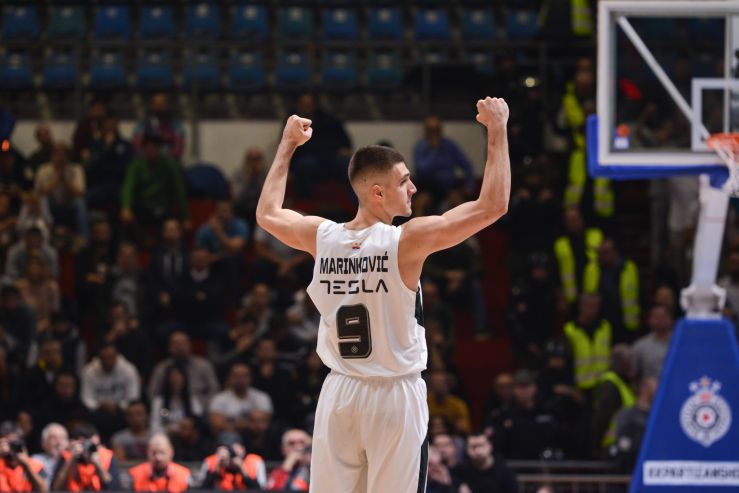 At the match of the 10th round between Igokea and Partizan NIS, Vanja Marinković achieved 28 points, 3 rebounds, 2 assists, 1 steal and a valuation of 32 in less than 28 minutes spent on court. He had the third highest valuation of the round, behind Dragan Apić of FMP and Luka Lapornik of Krka.

However, the fact that Marinković did not use his quality just to rise to the top of the statistical categories, but also helped his team to beat Igokea, unlike the stats of Apić and Lapornik for their teams, is what earned him the MVP of the round honour.

Check out some fancy plays by Vanja Marinković from the game against Igokea:

Vanja Marinković was also the top scorer of the round.

The other players that marked the Round 10 with their individual performances were the top rebounder Dragan Apić of FMP (16 rebouns), top passers Filip Adamović of Igokea and Stefan Pot of FMP (10 assists each) and the “best thief” Edwin Jackson of Budućnost VOLI (4 steals).