Partizan NIS strengthened their position in Playoffs zone against Krka

Partizan NIS have convincingly beaten Krka at home in Aleksandar Nikolić Hall in Belgrade and celebrated their 9th win of the season, which keeps them in the Playoffs Zone after 15 rounds. 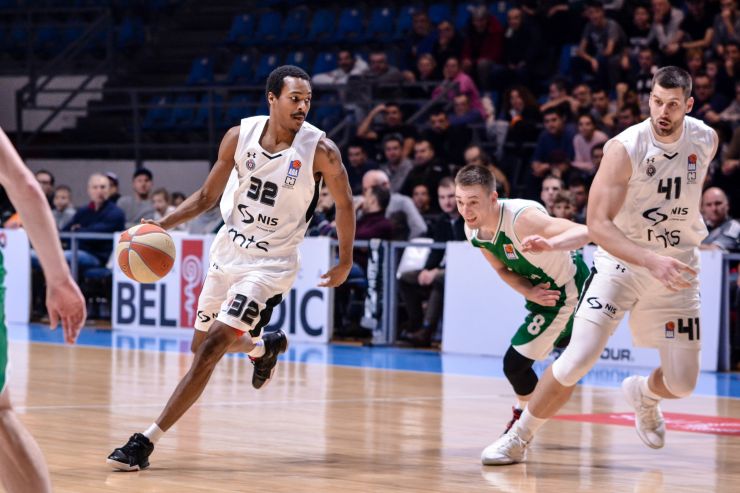 Game recap: It is a celebration night in Belgrade for all of the black and white fans, as Partizan NIS have put on a convincing performance to show off Krka in their 15th round encounter. This is the ninth win for the black and white this season in the ABA League and that means that they stay comfortably seated in the Playoffs Zone after 15 rounds of the season. On the other side, Krka continue to struggle in their goal to escape the danger zone at the bottom of the standings, with four triumphs collected so far this season in 15 rounds.

Key moments: Motivated Krka squad went off to an excellent start and they led 9:5 after four minutes of the game. However, by the end of the first quarter, Partizan NIS have created a 15:2 run, which gave them a 20:11 lead after the opening quarter. With 9 points down early in the game, Krka did not manage to stand up again until the end of the game anymore.

Man of the match: Marcus Paige simply shined! He scored 17 points, while adding 5 rebounds, 3 assists, 2 steals and a valuation of 24 to his stats. He is our man of the match!

Can’t trick the stats: Rebounds, assists, steals, turnovers, field goal shooting… you name it! Was there any category in which Partizan NIS did not prevail over Krka this time around? High margin in the end was therefore no surprise!