The reigning ABA League champions showed their full power in the match of the round. 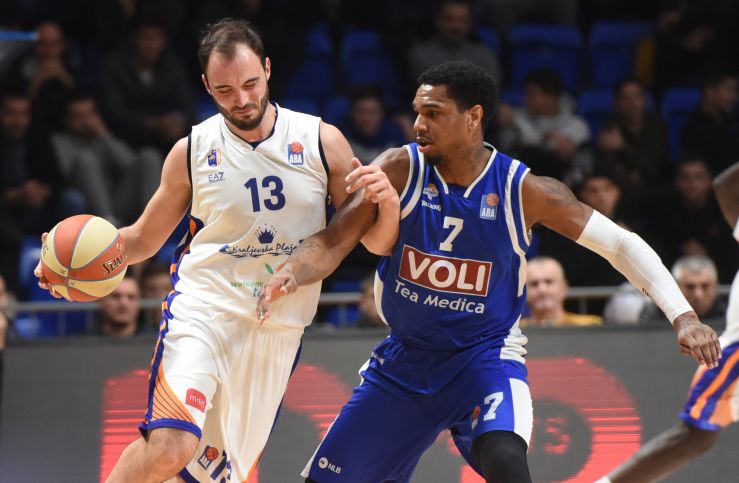 Game recap: It is and it will always be a big local derby, but this evening one team was just too good for the other. Budućnost VOLI scored a convincing win against Mornar in the match of the round and continued their race for the 2nd spot in the regular season.

Also, this was the 3rd consecutive home win for Budućnost VOLI against Mornar. The squad from Bar have never triumphed in Podgorica in ABA League.

Key moments: At the beginning of the 2nd quarter Mornar managed to reduce their deficit to just 2 points – 24:22, however Budućnost VOLI then started dominating the court. The home team have increased their lead to 16 points until the halftime – 48:32, while at the end of the 3rd quarter the score was 76:47! Obviously, Budućnost VOLI had no troubles keeping the lead in the last 10 minutes.

Man of the match: Coty Clarke has been brilliant in the last couple of games for Budućnost VOLI and this evening he once again showed his class. Clarke finished the match with 14 points and 9 rebounds, while his overall index rating was 24.

Can’t trick the stats: Budućnost VOLI were just a lot better than Mornar in every game element. For example, the home team had 15 rebounds more than the visitors…