EL: Budućnost to finish the 2018/19 EuroLeague campaign in Athens

The reigning ABA League champions will face Panathinaikos away in the last round of the 2018/19 EuroLeague regular season. 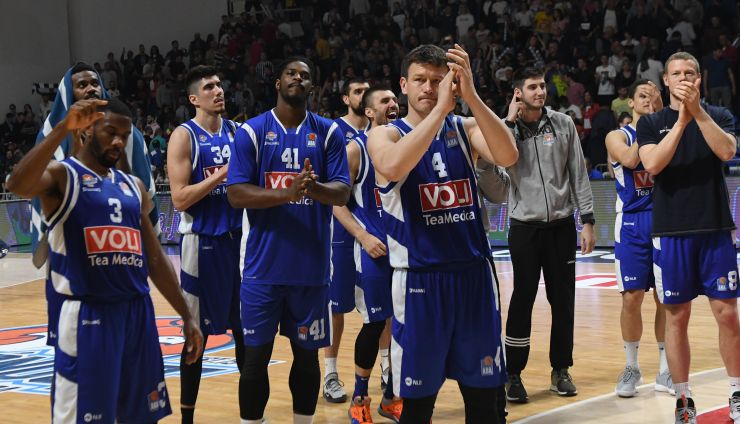 It’s time to say goodbye to the EuroLeague, at least for this season. The reigning ABA League champions Budućnost VOLI will face Panathinaikos Athens in the final round of the 2018/19 EuroLeague regular season. As the Blue team have already lost all chances for reaching the Playoffs, this match will be their last one in EuroLeague in the 2018/19 campaign. Still, they will most certainly not travel to the Greek capital with a white flag.

Budućnost VOLI will give their best against the European giant, there is no doubt about that. Mainly because the Blue side will want to show that they are a worthy opponent to a powerful team such Panathinaikos is, but also because this will be a perfect test for the team in front of their game of the season. Recall that Budućnost VOLI will play against Cedevita away on Sunday evening in decisive Game 3 of the 2019 ABA League Semi-Finals.