In the decisive third game of the Semi-final series, Crvena zvezda mts and Partizan NIS will be battling on court of the legendary Aleksandar Nikolić Hall for the second victory and a ticket to the ABA League Finals. Which team will be the one to grab a huge victory? 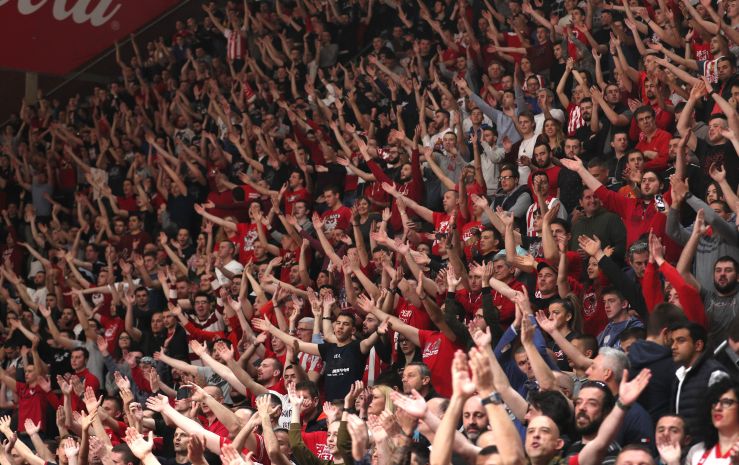 Story of the game: Every basketball fan of our region is aware of how hot things can get when Crvena zvezda mts and Partizan NIS battle one against another, but this time around it will be special even for the standards of the eternal derby of Belgrade!

This will not just be another one of so far 39 eternal derbies played in the regional competition but the special one, which offers a special stake – a ticket for the ABA League Finals. In the opening two games of the Semi-final series, each of the two teams have been successful on their home court and what we are still to find out is whether Crvena zvezda mts can do it again in front of their home fans, or can Partizan NIS get through to the Finals with a road victory.

In 39 games played so far in the regional competition, Partizan NIS have prevailed over Crvena zvezda mts 20 times and 19 times the outcome was the opposite. How will it be on Saturday night?

Match-up in focus: Just like in their last game, we wish to focus on heroes of the opening two games of the Semi-final series – shooting guards Vanja Marinković and Dejan Davidovac. While Davidovac shined and took his team to the victory in Game 1, Marinković did it in Game 2. Who will come out on top this time?