Cibona have won the U19 ABA Championship 2018/19 after defeating Crvena zvezda mts in the Final. 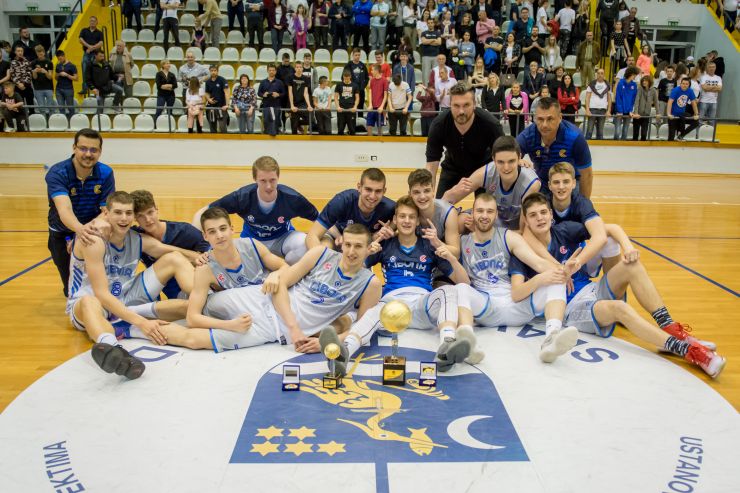 The U19 ABA Championship trophy is going to Zagreb!

U19 Cibona have won the precious title after beating U19 Crvena zvezda mts in the Final, which was played in front of 2,000 spectators in Vijuš Sports Hall, Slavonski Brod.

Led by 16-year old Roko Prkačin who finished the match with 23 points, 8 rebounds and 6 assists and by Sandro Rašić who scored 25 points including 7 three-pointers, U19 Cibona have been holding the lead throughout the whole match. At the end the Wolves had the nerves to withstand all attempts of their rivals of making a late comeback.

This is first ever U19 ABA title for Cibona, while it proves that this club has a bright future.

On the other side, U19 Crvena zvezda mts have lost their second consecutive U19 ABA League final. Still, the red & whites showed today a very valuable characteristic for any young team and that is to fight for the win until the very end. U19 Crvena zvezda mts have managed to return from a double-digit deficit several times in this match, however they simply did not have enough strtength to complete the comeback.

Match: Crvena zvezda mts U19 - Cibona U19
Tweets by ABA_League