Billy Baron is the MVP of the ABA League Playoffs! He deserved himself the honour by taking his team to the trophy as a true leader! 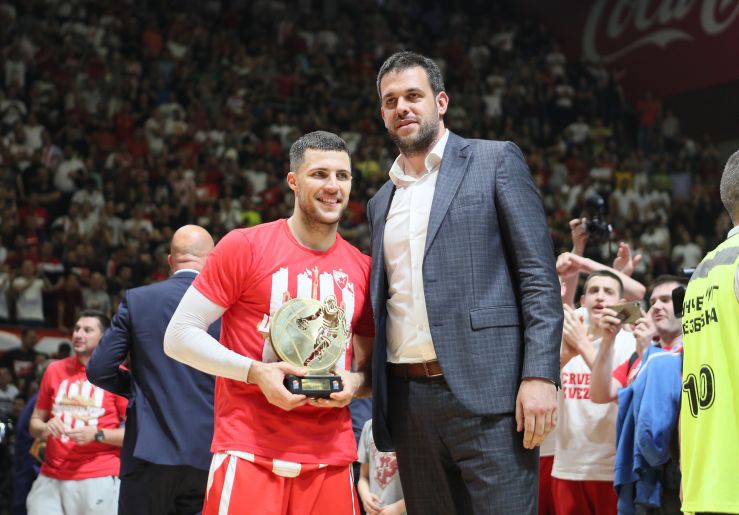 There has really been no doubt on who would win the trophy of the Playoffs MVP, as it became clear that Crvena zvezda mts were taking the champions title. Billy Baron has been the undisputed leader of the red and white team of Belgrade throughout the semi-final and final series and he took the award fully deservedly!

During the eight games that he has appeared in during the Playoffs, Baron averaged 13.8 points, 2.8 rebounds, 2.8 assists, 0.9 steals per game and a valuation of 14.5.