ANGT: Mega Bemax were defeated by Real Madrid in the Final

For the 2nd time in the last 3 years, U18 Mega Bemax are the runner-ups of the EuroLeague Adidas Next Generation Final Tournament. 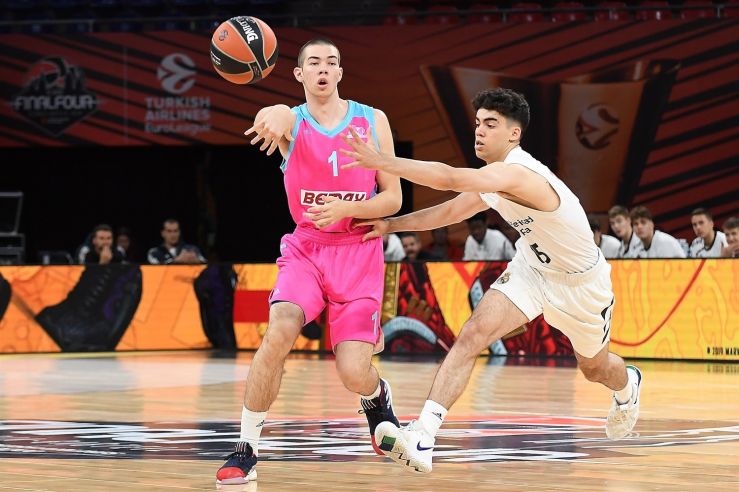 Unfortunately, U18 Mega Bemax were defeated by U18 Real Madrid in the 2019 EuroLeague Adidas Next Generation Final – 76:95.

The boys from Sremska Mitrovica started the game well. They were not scared of a powerful opponent and the score was all tied after the opening quarter – 20:20. However, then the Spanish giant showed its full power. U18 Real Madrid dominated the 2nd quarter which they won by 30:13, therefore gaining the crucial lead in this match.

Despite defeat this was an excellent tournament for U18 Mega Bemax who is becoming a true European powerhouse. It is enough just to mention that this was the 2nd time in the last 3 years that Mega’s kids have reached the EuroLeague Adidas Next Generation Final.