In Barcelona, the official Draw for the 2019/20 EuroCup season has taken place. ABA League sides have received the names of their opponents. 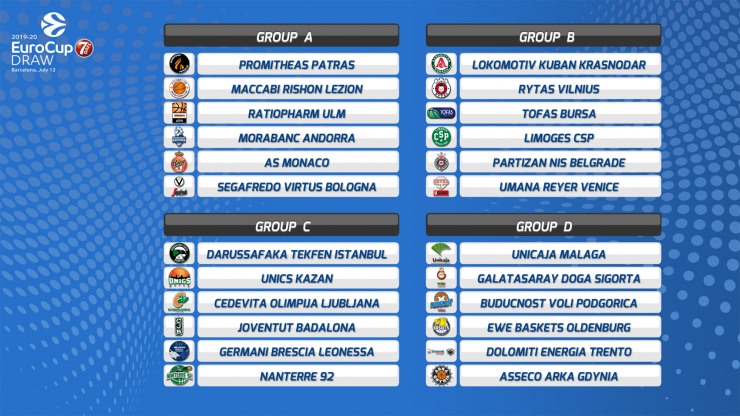 ABA League sides Budućnost VOLI, Cedevita and Partizan NIS have received the names of their opponents for the forthcoming EuroCup season, as the official EuroCup draw has taken place in Barcelona.