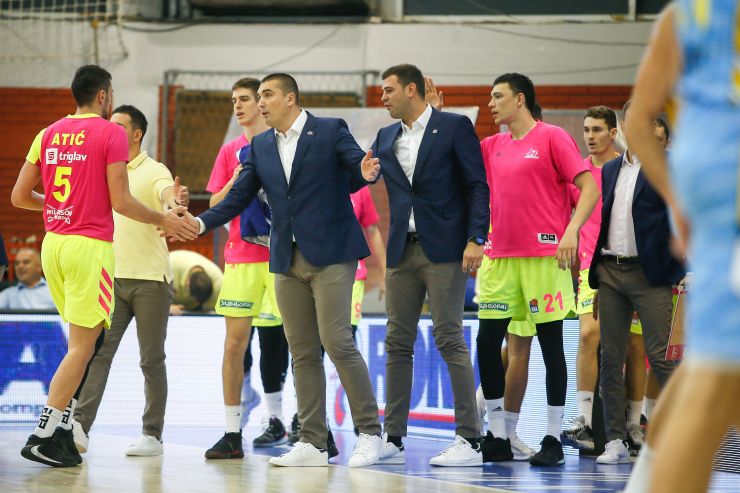 Story of the game: A big game is coming up in Belgrade, as Mega Bemax will be hosting Partizan NIS in Ranko Žeravica Hall, a hall, where also Partizan NIS used to play their home ABA League games in the past.

It is a game where many are expecting Partizan NIS to triumph easily, as they have a highly ambitious project composed this season and they are also members of ABA League Top 4 currently in the standings, while Mega Bemax are just a bit away from the danger zone near the bottom of the ABA League stanings.

However, as Partizan NIS were defeated two rounds before on the road in Podgorica, which is their only defeat in their last five ABA League games, Mega Bemax are demonstrating that their shape has been on the rise lately, as they have won their last game, on the road in Laktaši against Igokea with Blaž Mesiček’s buzzer-beater for the win and they haven’t been far away from the win two rounds before at home against Cibona. However, they have still won only one of their last five games.

But, since it is a local derby there is no doubt that Mega Bemax would be highly motivated to prove their value against Partizan NIS, so nothing is impossible. Can they come up with an upset?

Match-up in focus: It’s Marko Simonović against William Mosley! The young gun of Mega Bemax is the top scorer and second-best rebounder of his team so far this season, averaging 13.4 points and 6.3 rebounds per game. On the other side, William Mosley at Partizan NIS is averaging 5.2 points and 4.8 rebounds per game. He hasn’t been shining in terms of stats so far this season, but he will have a fantastic opportunity to prove his qualities against Mega Bemax rising star!