In the local derby in the ABA League Round 16, Koper Primorska have beaten Krka at home in Bonifika Arana and have ended their 4 games long winless streak. 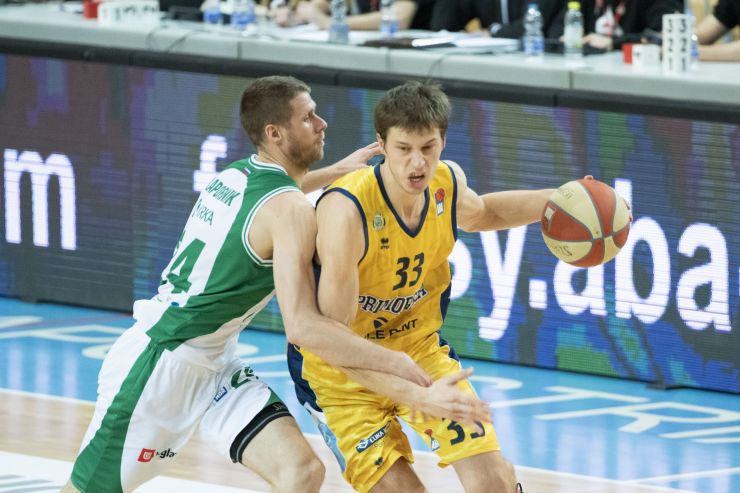 Game recap: The crisis of Koper Primorska is over. The Tigers of Koper have prevailed over Krka in the local derby in the 16th round of the ABA League season and have ended their four games long streak without a win. This is the ninth win of the season for the Koper squad, which puts them just below the Playoffs zone and keeps them firmly seated in a race for the peak of the season. On the other side, Krka will be continuing their season with six triumphs on their record, in the lower half of the standings, as they have been defeated by Koper Primorska for the second time this season.

Key moments: The crucial one was the very beginning of the game, when Andrej Žakelj’s squad have gone off to a 11:2 run in the opening six minutes and pulled away. After that, the guests haven’t managed to truly bounce back and turn the game around, even though they got closer in the game’s ending and the jellow squad have celebrated a well-deserved win.

Man of the match: Ivan Marinković was the key to the win by Koper Primorska, as he had 17 points, 9 rebounds, 1 steal and a game-high valuation of 21. He is our man of the match.

Can’t trick the stats: Koper Primorska have been more efficient when shooting from the field, as they scored 43% of their field goal attempts and Krka 32%. That’s what turned the flow of the game their way.