Basketball has stayed without one more remarkable man. Legendary Borislav Bora Stanković died at the age of 94. 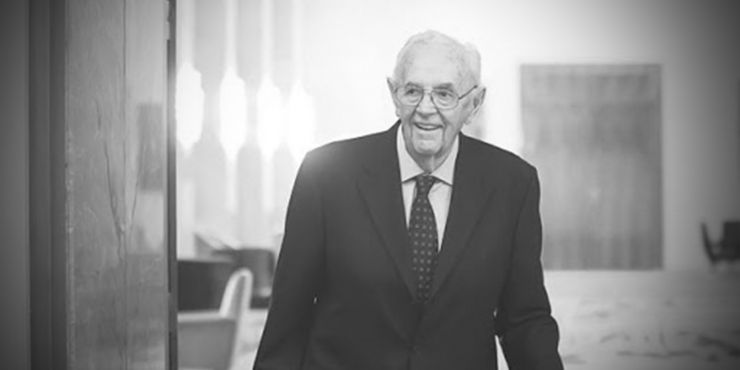 Basketball has stayed without one more remarkable man. Legendary Borislav Bora Stanković died at the age of 94.

It is hard to find the right words to describe everything that Bora Stanković has done for basketball. He was known as one of the “Four Founding Fathers” of the Yugoslav basketball, together with Radomir Šaper, Nebojša Popović and Aleksandar Nikolić. Borislav Stanković was the one who started building the regional basketball from its ground and he is the reason why we love this game so much.

Borislav Stanković was born in Bihać in 1925, while at the early age he moved to Belgrade where he graduated at the Faculty of Veterinary Medicine. Simultaneous to his studies, Stanković started playing basketball professionally for Crvena zvezda, with whom he won three consecutive national titles (1946–1948). Stanković is also considered as one of the founders of Crvena zvezda in 1945.

During his time in Partizan, Stanković also acted as first team head coach, while he then moved to OKK Beograd where he was the first team head coach for 10 consecutive seasons (1953-1962). He won 3 national titles with OKK Beograd. Stanković then became the head coach of Italian side Cantu where he stayed for 3 years (1966-1969) and helped the team win their first ever Italian championship title (1967/68). He then returned to OKK Belgrade where he finished his coaching career in 1970.

During his time at the helm of FIBA, he is credited with countless achievements, the most significant of which were continually working towards building bridges between the East and West and working closely with the former NBA Commissioner David Stern in the late 1980s-early 1990s to bring world basketball into the modern era. This resulted in having, for the first time ever, professional players participate in top-level national team competitions (Olympic Games, FIBA Basketball World Cup), starting at the Barcelona Olympics in 1992.

For his contributions to the game of basketball, he was inducted into the Basketball Hall of Fame in 1991. In 2007, he was enshrined as a contributor into the FIBA Hall of Fame.