In a clash of two local rivals Partizan NIS have outgunned Mega Leks in Aleksandar Nikolić Hall and have got their revenge over the Sremska Mitrovica side for two defeats in mutual encounter last season. 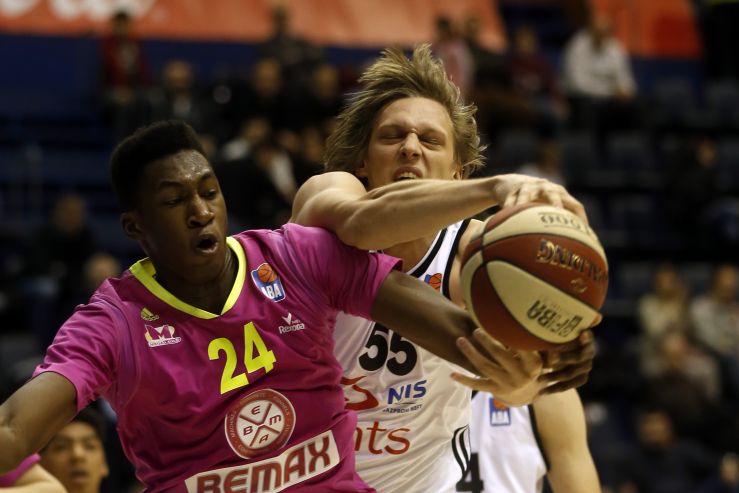 In a clash of two local rivals Partizan NIS have outgunned Mega Leks in Aleksandar Nikolić Hall and have got their revenge over the Sremska Mitrovica side for two defeats in mutual encounter last season.

Game recap: In a clash of two local rivals in Aleksandar Nikolić Hall, Belgrade, Partizan NIS have outgunned Mega Leks and have celebrated their 8th win of the season, thanks to their excellent second half performance, where they have turned the anybody’s game at half time into their favour. Mega Leks, on the other side, have suffered their second defeat in last five games and remain with 4 wins on their account this season.

Key moments: In this close encounter, the home side pulled away with a 9:0 run between 28th and 30th minute, which gave them 62:54 lead over the guests. The opposite side haven’t managed to get back into the battle for the victory as an even rival. This is when the winner was decided.

Man of the match: With injured Đorđe Majstorović being sidelined, Uroš Luković had a difficult task of battling the visiting team’s centers with limited help and he did the job perfectly! He had a double double (12 points, 10 rebounds), alongside 4 blocks, which in total makes the valuation of 21. With 4 blocks (21 in total this season), he is now the league’s top shot blocker, having made 3 more than the second placed Octavius Ellis of Mornar. He is our man of the match.

Can't trick the stats: Given that Luković was a dominant player on court it is no wonder that the black and white were the dominant team in the paint – they collected 14 rebounds more than Mega Leks (37:23) and this affected the outcome of the game decisively.