This is a special day for FMP power forward Jonah Bolden. Australian player has received the for the 2016/17 ABA League Top Prospect. 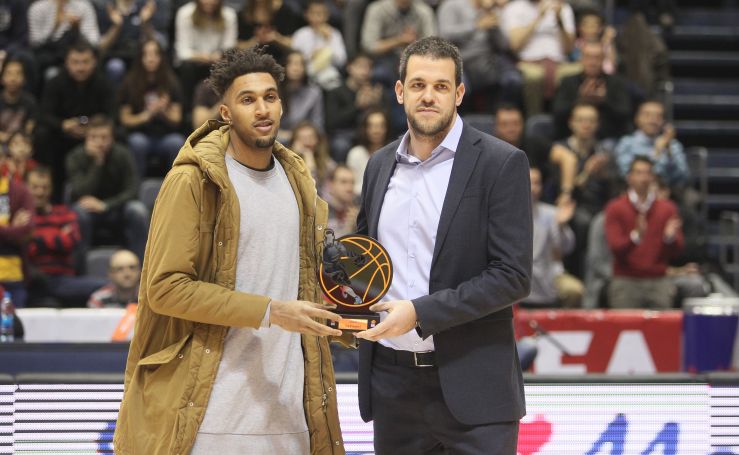 Just before the start of the semi-finals clash between Crvena zvezda mts and Budućnost VOLI, ABA League Sports Director Žarko Čabarkapa has handed over the trophy for the 2016/17 ABA League Top Prospect to FMP power forward Jonah Bolden.

For Jonah Bolden this is the first season with FMP and for sure it was a breakout for him. The youngster have became one of the key players of the Belgrade side quite quickly, while he averaged 12.9 points, 7.2 rebounds, 1.8 assists and 1 steal per game in the regular season, collecting an average valuation of 14.9. He was the 4th rebounder and 17th scorer of the regular season and 15th in the index rankings.