MZT Skopje Aerodrom have achieved their fourth win of the season in the derby game of the 6th round of ABA League 2 season. 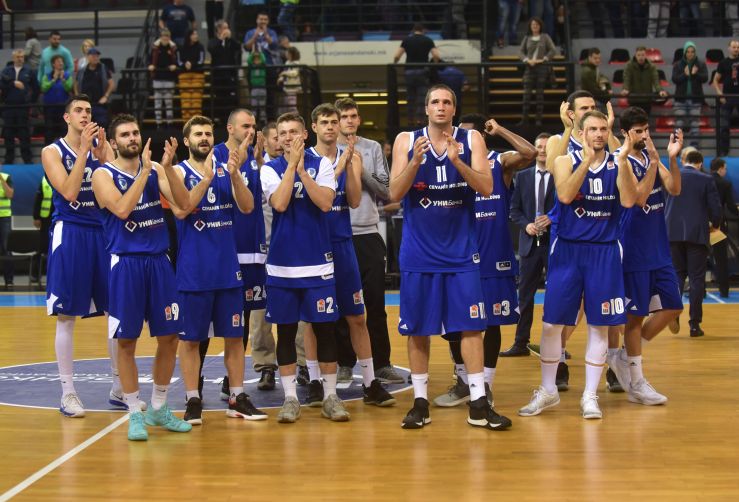 MZT Skopje Aerodrom have achieved their fourth win of the season in the derby game of the 6th round of ABA League 2 season. With four victories on their record, the Skopje side have now tied themselves with Split (and Sutjeska) in the third place in the standings, behind only undefeated Sixt Primorska and Spars of Sarajevo.

The game has not been as easy for the hosts as the final score suggests, as Split have already had significant lead in the first half, but by the big break, MZT have already turned it around and led by 3 points after an amazing buzzer-beating three-pointer by James Woodard.

In the second half, the home side have furtherly increased their advantage and have celebrated a victory in the end with the score of 104:87.

Match: MZT Skopje Aerodrom - SplitMZT Skopje AerodromSplit
Join thousands of ABA League fans in our digital community by liking us on Facebook, following us on Twitter or Instagram and subscribing to our YouTube channel.
If you like this and our other articles, make sure to sign up for the ABA League newsletter. You will be notified regarding all important news and updates on the ABA League via e-mail.
Social Media
Tweets by ABA_League