We have the MVP of the 8th round of the season and it is Zadar swingman Luka Božić, for the third time this season. Božić dominated the court in Dražen Petrović Arena in the game of his team against Cibona. 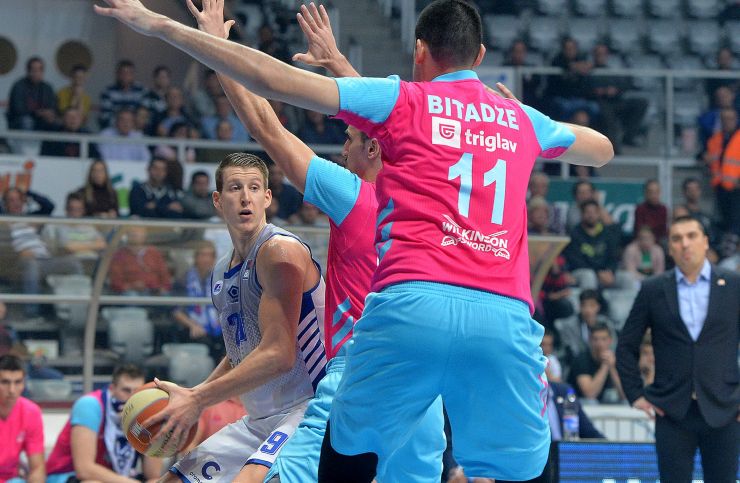 At the match of the 8th round between Cibona and Zadar, Luka Božić achieved 22 points, 10 rebounds, 3 assists, 1 steal and a valuation of 36 in less than 38 minutes spent on court. He had the second highest valuation of the round amongst all ABA League players, behind the most efficient Dragan Apić of FMP.

However, the fact that Božić did not use his quality just to rise to the top of the statistical categories, but also helped his team to beat Cibona, unlike the stats of Apić against Cedevita, is what earned him the MVP of the round honour.

Check out some fancy plays by Luka Božič from the game against Cibona:

The other players that marked the Round 8 with their individual performances were the top scorer Dragan Apić of FMP (25 points), top rebounders Marko Simonović of Petrol Olimpija and Andrija Stipanović of Cedevita (13 rebouns apiece), top passer Joe Ragland of Crvena zvezda mts (9 assists) and four players that were on the top in the steals category, with 3 steals made – Oliver Lafayette of Igokea, Dragan Apić and Stefan Momirov of FMP and Luka Lapornik of Krka.

Oliver LafayetteLuka LapornikDragan ApićStefan MomirovLuka BožićMarko SimonovićJoe RaglandAndrija Stipanović
Join thousands of ABA League fans in our digital community by liking us on Facebook, following us on Twitter or Instagram and subscribing to our YouTube channel.
If you like this and our other articles, make sure to sign up for the ABA League newsletter. You will be notified regarding all important news and updates on the ABA League via e-mail.
Social Media
Tweets by ABA_League