He was one of the founders of Crvena zvezda mts and the first ever head coach of the Belgrade giant. 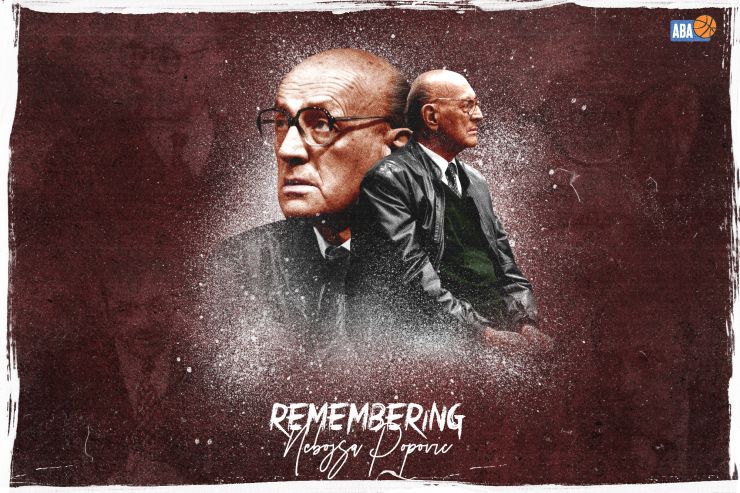 Crvena zvezda mts have won numerous trophies in their long and rich history, but have you ever wondered how it all began? Well, it all began with one man… one great man, born on very this day. His name is Nebojša Popović and he is one of the greatest basketball legends this region has ever seen.

Popović was born in Irig on February 8, 1923. In his childhood he used to play water polo as goalkeeper, but then he fell in love with the beautiful game of basketball. And, at the age of 22, Popović made something that will mark him as a true legend of this sport.

Back then in 1945, Nebojša Popović became the co-founder of Basketball Club Crvena zvezda. He held the membership card No. 1, while he also became the first ever head coach of the red & white squad from Belgrade.

Therefore, Nebojša Popović became one of the most successful basketball coaches of all time by winning 17 championship titles in 10 years as the head coach of men's and women's team of one single club.

He was also known as “The Father of Yugoslavian Basketball”.

After the end of his coaching career, Popović served as the president of the Yugoslav Basketball Federation (1985–1987) and president of the Commission for International Competition of FIBA. He was awarded by the FIBA Order of Merit in 1997, while in 2007 he was enshrined as a contributor in the FIBA Hall of Fame.