In the clash of the two teams that were still empty handed ahead of the game, Mega Bemax have utilized their home court advantage in order to celebrate their maiden win in the 2019/20 ABA League season. 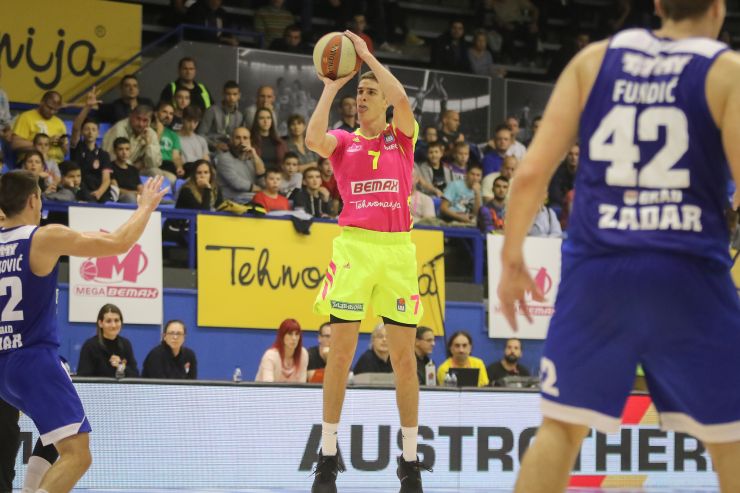 Game recap: Exciting clash of the two sides from the bottom of the ABA League standings after 2 rounds played is over and Mega Bemax are the team that have many more reasons to be happy about than their opponents of Dalmatia, as Dejan Milojević’s squad have prevailed in the second half of the clash and have grabbed their first win of the season. This means that Mega Bemax have escaped the very bottom of the standings, while Zadar remain one of the three squads, that are still waiting for their first triumph of the season.

Key moments: It has been anybody’s game at halftime, when Mega Bemax were up 43:40. Zadar even took the 47:45 lead after 2 minutes and a half of the second part of the game, as they have opened the second half with a 7:2 run. However, Mega Bemax replied with an 11:0 run and took a 9-point lead (56:47), which they have even increased later in the third quarter to a 15-point lead. The battle for a pair of points was over.

Man of the match: Luka Ašćerić opened the game in the starting five for Mega Bemax and throughout his 28 minutes spent on court, he proved himself worthy of the big role of the team’s leader. He finished the game with 15 points, 4 rebounds, just as many assists, 2 steals and a valuation of 20. He is our man of the match.

Can’t trick the stats: Rebounding ratio was 45:35 in favour of Mega Bemax and it is no secret that a team cannot hope for an ABA League win if they fall behind by 10 rebounds at this level. That was the key for the victory of Mega Bemax and defeat of Zadar.

Click here for more match stats
Match: Mega MIS - ZadarZadarMega MIS
Join thousands of ABA League fans in our digital community by liking us on Facebook, following us on Twitter or Instagram and subscribing to our YouTube channel.
If you like this and our other articles, make sure to sign up for the ABA League newsletter. You will be notified regarding all important news and updates on the ABA League via e-mail.
Social Media
Tweets by ABA_League