On Saturday night, Cedevita Olimpija will be facing Mega Bemax at home in Tivoli Sports Hall in Ljubljana. 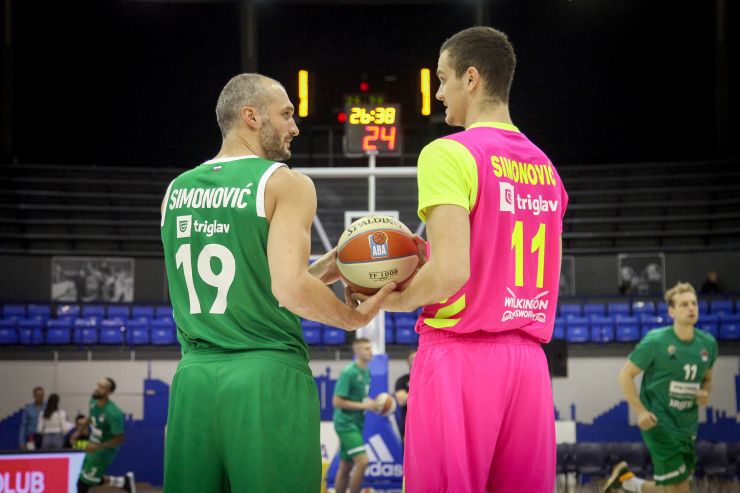 Story of the game: A lot will be at stake on Saturday night in Tivoli Sports Hall in Ljubljana, when Cedevita Olimpija will be hosting Mega Bemax.

Not only when looking at the standings, but also when looking at their latest shape, one gets the impression that the chances for the success of Cedevita Olimpija are bigger. They have won three of their last five games and won the last one, while Mega Bemax won one of five and lost two in a row. And, Cedevita Olimpija are also the hosts of the game, which usually represents the advantage as well.

However, basketball is full of surprises and it is not impossible to witness one on Saturday in Tivoli either.

Match-up in focus: It will be interesting to watch Blaž Mesiček, as he will come back to Ljubljana, where he used to play for Olimpija on two occasions, but this time on the other side. Since he joined Mega Bemax, Blaž has demonstrated his extraordinary level of talent and we believe that it will be no different this time. But will he manage overshadow his opponent Ryan Boatright this time around? Let’s watch the game and find out!

Match: Cedevita Olimpija - Mega MISMega MISCedevita Olimpija
Join thousands of ABA League fans in our digital community by liking us on Facebook, following us on Twitter or Instagram and subscribing to our YouTube channel.
If you like this and our other articles, make sure to sign up for the ABA League newsletter. You will be notified regarding all important news and updates on the ABA League via e-mail.
Social Media
Tweets by ABA_League