On the 5 April back in the 2003, the Dalmatian basketball pride achieved one of the biggest successes in their club history. They were crowned the ABA League champions after coming up with a sensational win in the Final over Maccabi of Tel Aviv in Tivoli Sports Hall in Ljubljana. 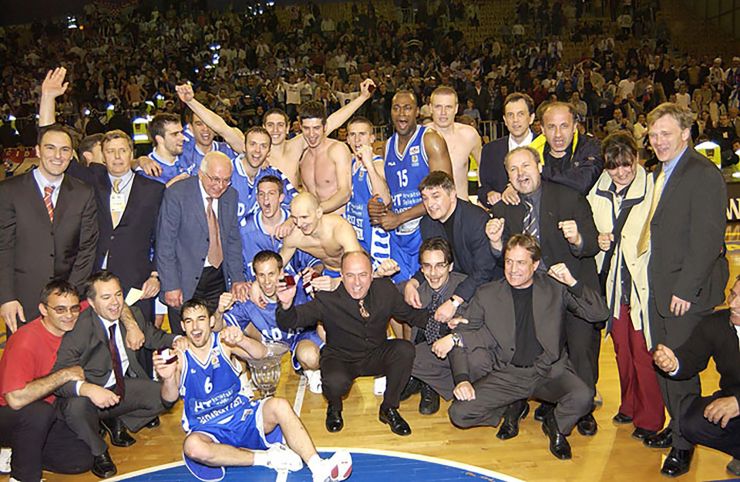 Zadar fans will forever carry in their hearts the date of the 5 April, as on this day in 2003, they have been crowned the ABA League champions for the first and so far only time in the club’s history. In Tivoli Sports Hall, they have beaten Maccabi of Tel Aviv in the final of the competition and written their club’s name with the golden letters in the history books of the regional club basketball.

The Dalmatians did it thanks to the fantastic performance by Marko Popović, who scored 27 points, while adding 5 assists and 4 rebounds to his stats, which was enough for the valuation of 31. For the winners, Damir Tvrdić had 21 points, while Marko Šamanić also shined, as he had 14 points. In the paint, Hrvoje Perinčić reigned, as he had 9 points and no less than 12 rebounds.

On the other side, Marcus Goree led Maccabi in scoring with 26 points, while Beno Udrih, who had won the trophy one season earlier with Union Olimpija, followed him with 16.

The entire Final Four Tournament was a kind of a fairy-tale for Zadar, as they have travelled to Ljubljana with a label of underdogs.

The three other teams – Crvena zvezda, Maccabi and Union Olimpija - came to the tournament after they shared the top of the standings with 17 triumphs achieved apiece in the Regular Season, while Zadar grabbed the last ticket to the final tournament, as they had 14 wins on their record, just one more than the fifth-placed Cibona.

In the Semi-final they have beaten Crvena zvezda of Belgrade with the final score of 78:77, after Michael Meeks hit the last-second game-winning three-pointer for the win, while in the Final they have later prevailed Maccabi, that have outgunned Union Olimpija in the other Semi-final pair.

For sure this has been and has remained until this day one of the greatest fairy-tale stories of the regional basketball so far.

Zadar
Join thousands of ABA League fans in our digital community by liking us on Facebook, following us on Twitter or Instagram and subscribing to our YouTube channel.
If you like this and our other articles, make sure to sign up for the ABA League newsletter. You will be notified regarding all important news and updates on the ABA League via e-mail.
Social Media
Tweets by ABA_League