Zlatibor have once again perfermed a major 4th quarter comeback which this time helped them to beat Helios Suns. 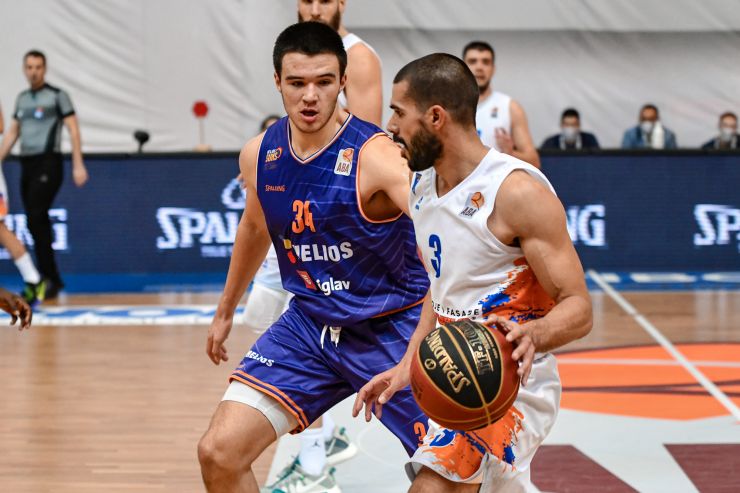 Zlatibor is the king of comebacks! The league newcomers have once again managed to return from a big deficit and to win the game. This time, they defeated Helios Suns despite being down by 11 points early in the 4th quarter.

In a very exciting ending, the heroes for Zlatibor this evening were Petar Vorkapić and Nemanja Protić. At the score of 74:73 for Zlatibor and with less than 2 minutes left on the game clock, Petar Vorkapić managed to steal the ball and then to make an AND-1 lay-up – 77:73. After that, Helios Suns troops made a turnover on the other side of the court, while in the following play Nemanja Protić made a very difficult 3-point shot at the buzzer to seal the win for Zlatibor – 80:73.

Zlatibor have therefore finished the first out of three regular season tournaments with the overall score of 3-1, while on the other side Helios Suns now have the score of 1-3.

Click here for more match stats
Match: Zlatibor - Helios Suns
Join thousands of ABA League fans in our digital community by liking us on Facebook, following us on Twitter or Instagram and subscribing to our YouTube channel.
If you like this and our other articles, make sure to sign up for the ABA League newsletter. You will be notified regarding all important news and updates on the ABA League via e-mail.
Social Media
Tweets by ABA_League