Playoffs MVP Jenkins: “It is all about the team, not about me!”

Charles Jenkins of Crvena zvezda mts has been named the MVP of the 2016/17 ABA League Playoffs. 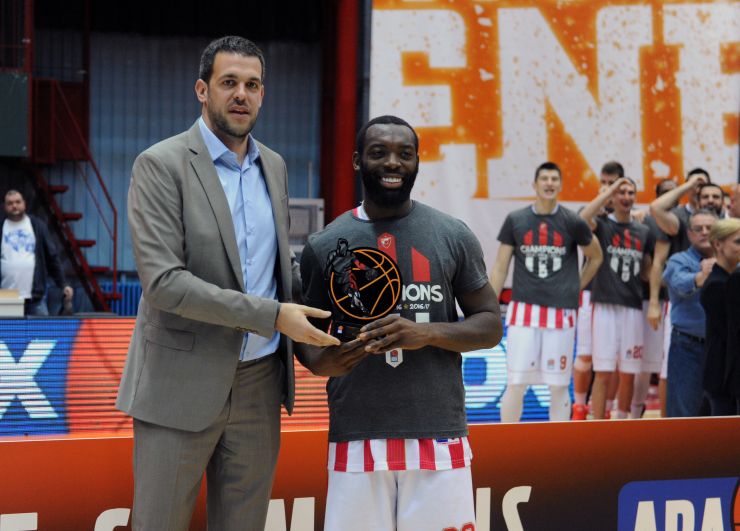 Charles Jenkins, the point guard of Crvena zvezda mts, has been named the most valuable player of the 2016/17 ABA League Playoffs. The American has shined when it was the most important for the red and white, not only because of the peak of the season, but also because he exploded when it was the necessary time to replace on court the injured starting point guard Stefan Jović and his contribution.

Altogether, his average contribution in the Playoffs has been 12.3 points, 5,3 assists, 3 rebounds and 1,5 steals, which sums up for average valuation of 15.2, the most of all Crvena zvezda mts players during the Playoffs.

“Becoming the MVP does not mean nothing at all to me, honestly. The team win is more important. It is all about the team, not about me,” Jenkins humbly revealed after receiving the honour and added about the secret of his great performances with Crvena zvezda mts: “Dejan Radonjić was my first coach in Europe and we have a special relationship, trust just continues to grow. He makes me feel very comfortable on court. Last season I spent elsewhere, where I did not have the same opportunity to show everything I can. But it doesn’t matter now that I came back home.”