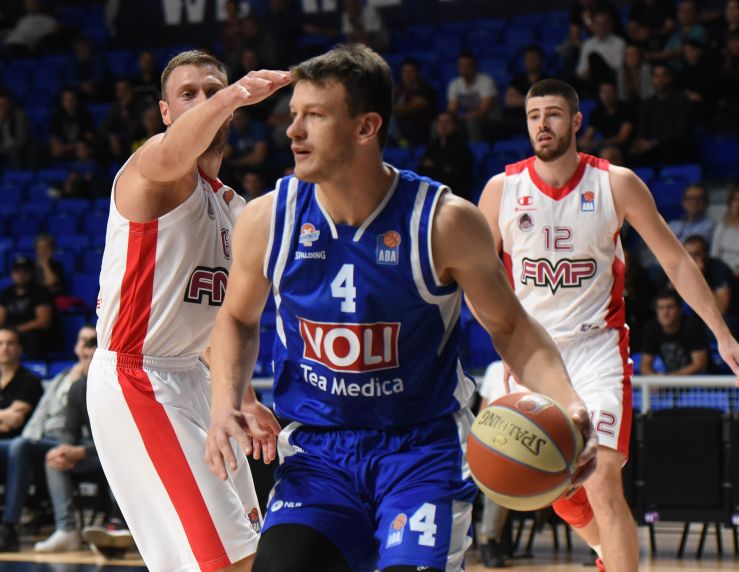 Game recap: Ten years have passed since FMP defeated Budućnost VOLI in Podgorica for the last time and nothing has changed this Monday evening. Once again Budućnost VOLI was a much better team than FMP, so the Blue squad scored a well-deserved win.

Key moments: Everything was over in the first half. Budućnost VOLI were increasing their lead minute by minute, while they had +20 at the halftime – 48:28. In the rest of the match, the visitors only managed to reduce the gap to 8 points in the last quarter, however the home side quickly answered back and returned to a safe distance.

Man of the match: Suad Šehović has played his best game so far in this season. Experienced shooting guard scored 19 points, including 6 three-pointers, while he also had 8 rebounds. His overall index rating was 26.

Can’t trick the stats: If you want to beat the reigning ABA League champions, you need to avoid making turnovers… But, FMP made 20 of them in this match. Just too many…