Can Igokea hope for the miracle in packed arena in Laktaši vs. Zvezda?

In the opening game of the ABA League Round 15, Igokea will be hosting Crvena zvezda mts in Laktaši Sports Hall in what we expect to be a clash in the packed arena. 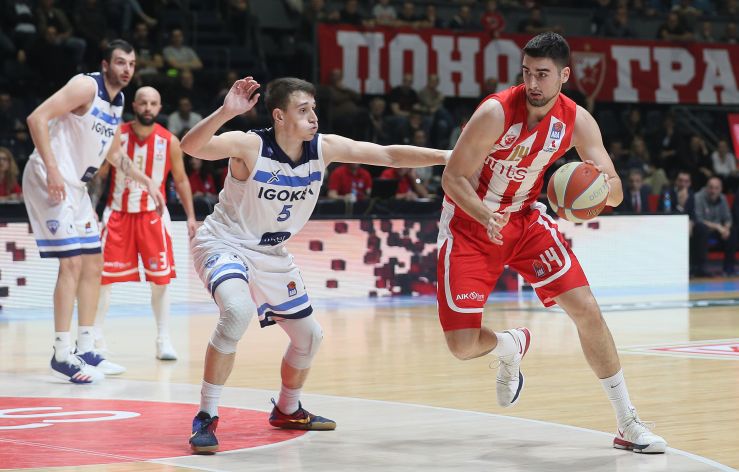 Story of the game: The round 15 of the ABA League season will open with a bang – a big game in Laktaši between Igokea and Crvena zvezda mts. There is always a full house in Laktaši when one of two Belgrade giants come to town and we expect it to be no different this time around.

And the game should not be any less exciting from the atmosphere in the packed hall. Igokea have lots to play for, since they are currently just a win away from the relegation zone and haven’t been scoring too satisfying results lately, having won only one of their last five games.

Of course, Crvena zvezda mts, which are still undefeated this season in the ABA League, don’t want to ruin their perfect record as well, so they will do their best to grab yet another triump.

As far as history is concerned, Crvena zvezda mts have been way more successful than Igokea in their mutual encounters. They have won 10 out of their 15 games so far and 5 out of 7 in Laktaši.

Match-up in focus: With Tomislav Zubčić, the first name of Igokea so far this season, being gone, it will be interesting to watch the clash of excellent Zvezda’s Stratos Perperoglou (top scorer of his team with 11.5 points per game) against young gun Dalibor Ilić. Will the youth or experience prevail in this clash?